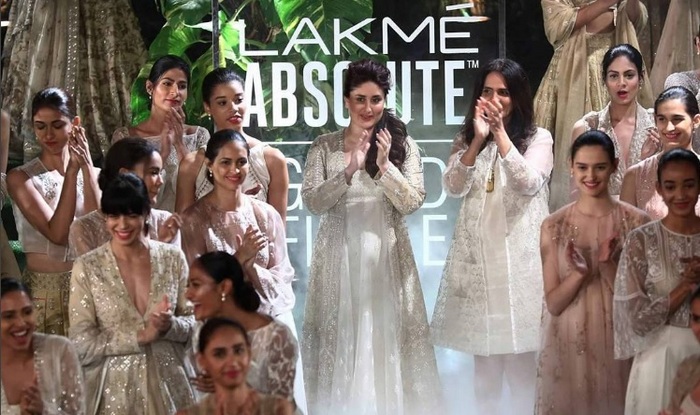 With Bandra Fort as the backdrop, performance by live musicians and actress Kareena Kapoor Khan‘s return to the ramp just 45 days after giving birth to her son, the finale show of the Lakme Fashion Week presented by ace designer Anita Dongre was a night to remember. 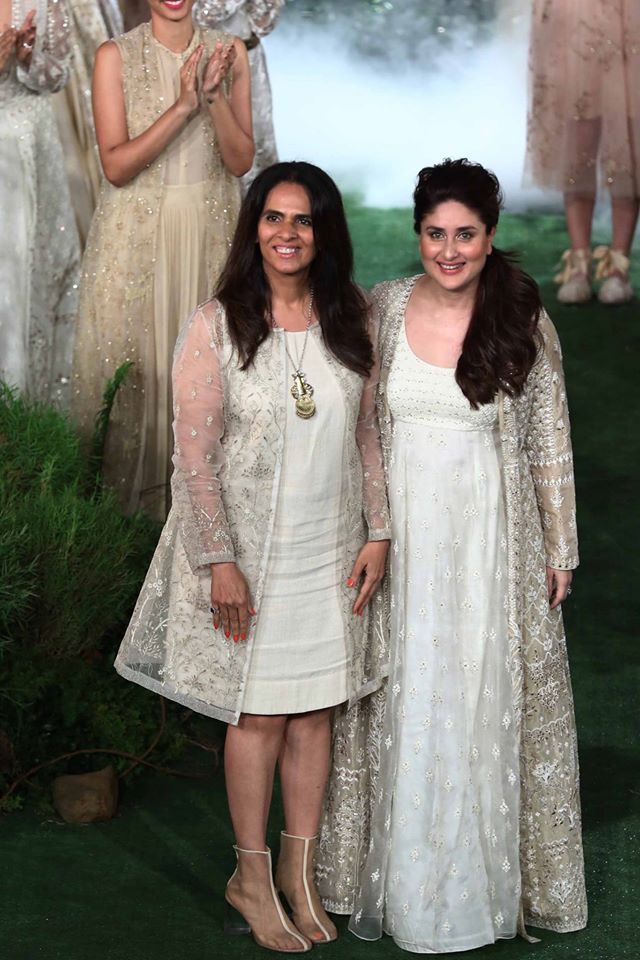 Kareena, who is the brand ambassador for Lakme, was the muse for Dongre’s Summer/Resort collection which was inspired by liquid gold/argan oil, which is the main component of the new range of lipsticks by the beauty company. 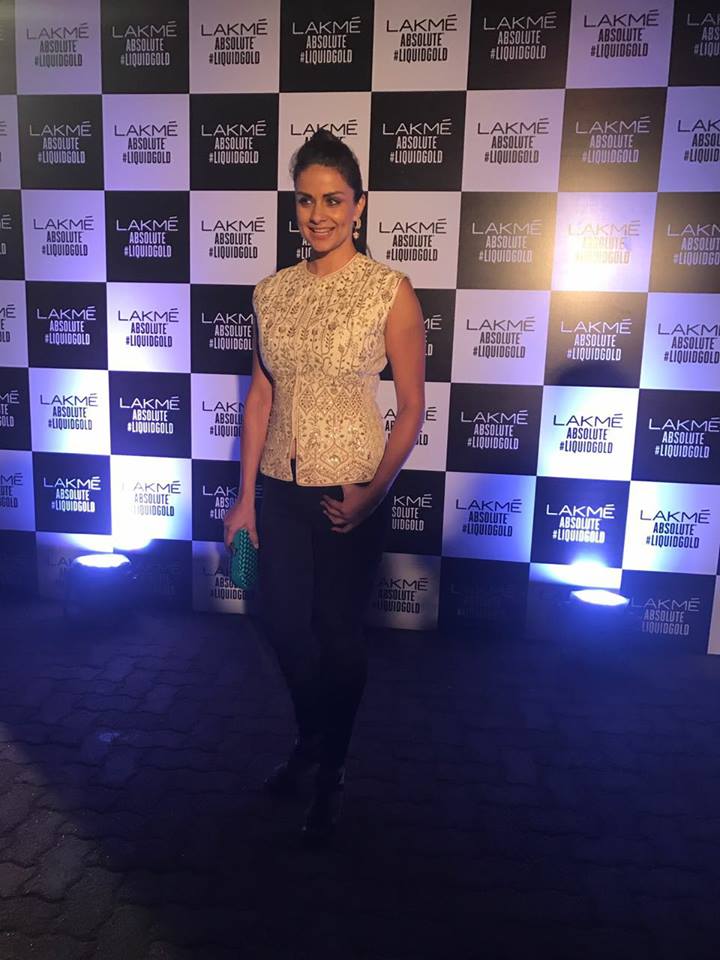 The 36-year-old actress, who welcomed her son Taimur Ali Khan Pataudi in December last year, says she never felt hesitant when she was approached to be show stopper for the show. 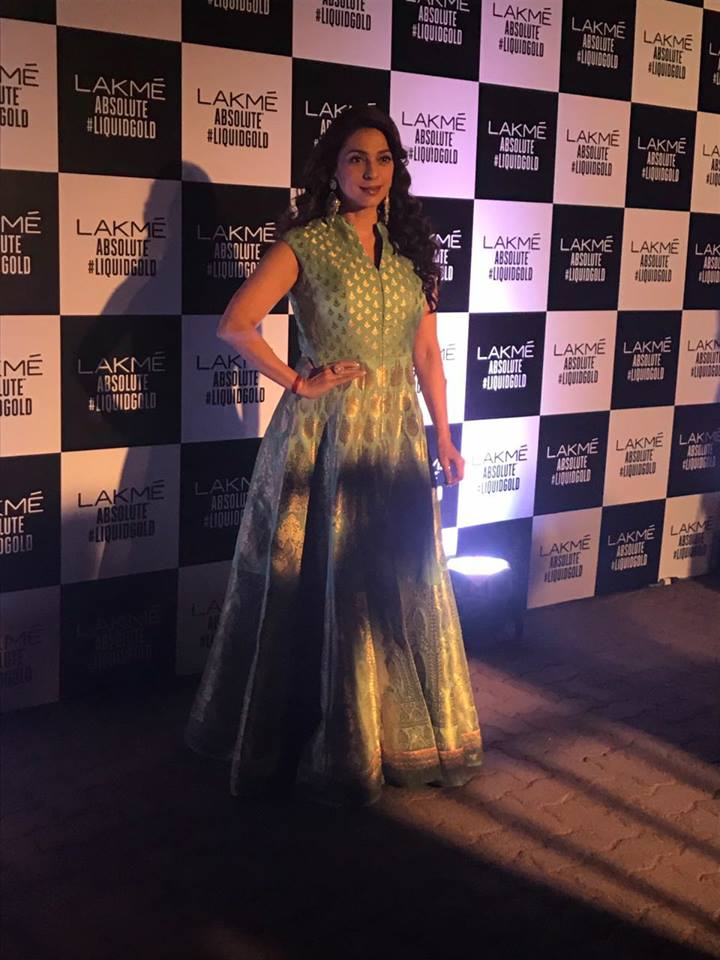 “I am walking the ramp just 45 days after giving birth to my son. I don’t think that it was a big deal to do. I was happy when I was approached with the idea,”

The actress slayed the runway like a boss as she strutted her stuff wearing a white maxi dress teamed with a soft gold long jacket around the amphitheatre much to the delight of shutterbugs and guests. 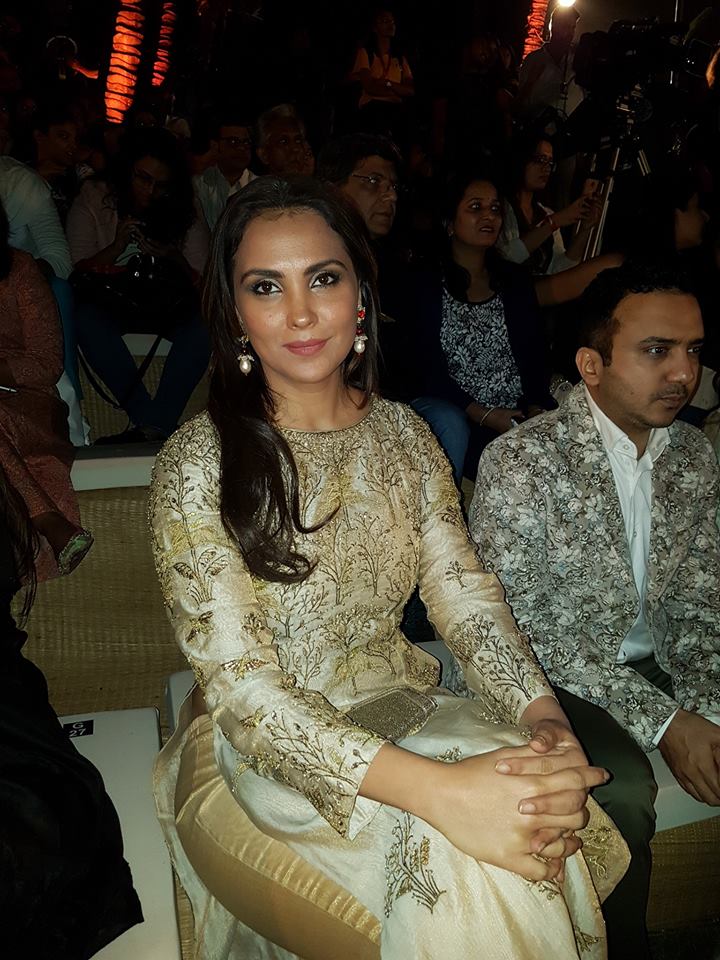 Incidentally, the actress is also the face of Dongre’s western wear brand And.

“I have a great association with Anita. She is very inspirational, not just to me but to all women across the country who relate to her clothes and wear her brand,” she says. 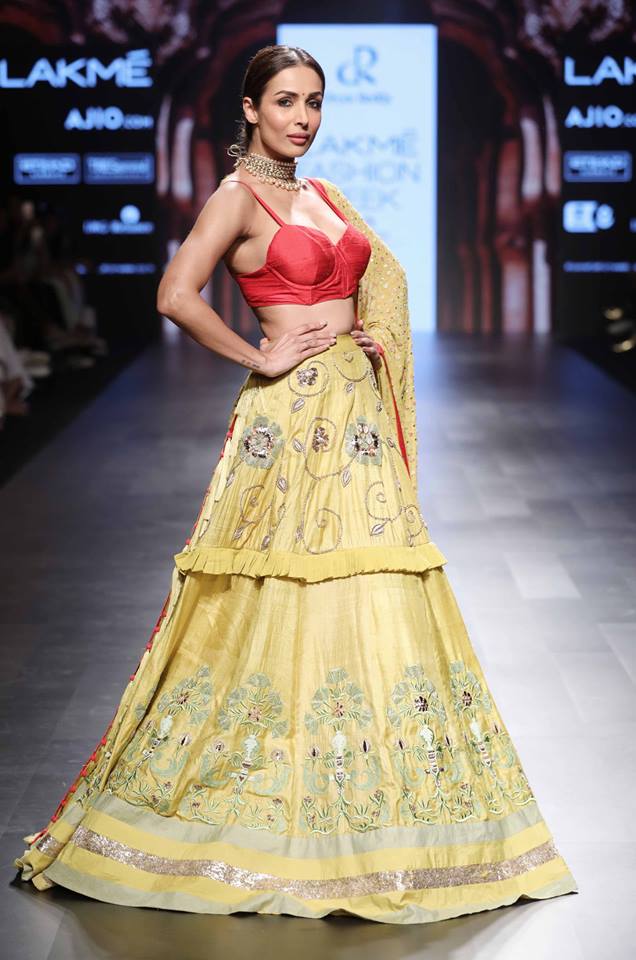 When asked why her husband Saif Ali Khan was not present at the show, Kareena says the actor is busy taking care of Taimur at home.

“I am lucky that I have such an amazing husband. He is very supportive. So whenever I am out working, he takes care of our baby.”

For her latest collection titled Alchemy, Dongre has used hand-crafted embroidery, a portion of which has been done in Jaipur. She has also involved her signature gota-patti work and combined it with new detailing.

“I have kept it very light because it is summer and you don’t want to be bogged down. There is embroidery but I have kept it minimal. It feel like you are wearing nothing. I have tried to use the traditional craft and contemporise it,” Dongre says.