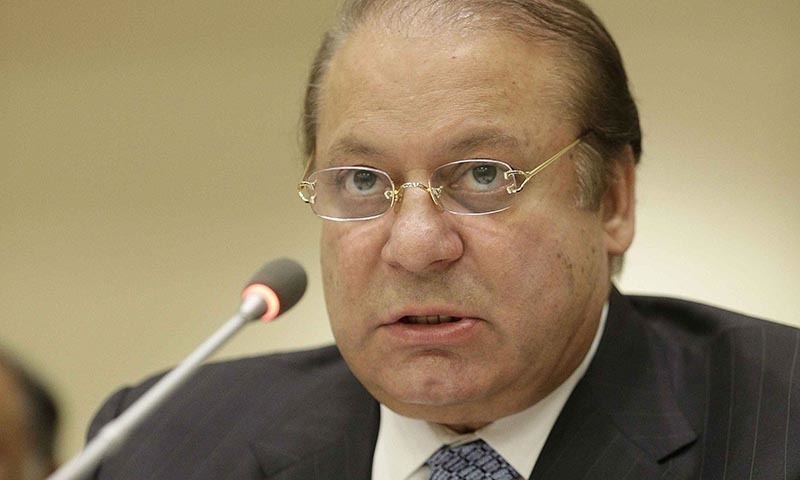 Upping the ante, Prime Minister Nawaz Sharif today said Kashmir is the “core dispute” between India and Pakistan and the dream of peace and prosperity of the people of the region will remain elusive without resolving the issue.

Describing Kashmir issue is the “unfinished agenda of partition and the oldest disputes in the UN Security Council, Sharif said, “for the last seven decades India has denied the people of Kashmir the right to self-determination promised to them by the international community through numerous UN Security Council resolutions”.

He was speaking on the occasion of ‘Kashmir Solidarity Day’. “The people of Pakistan join their Kashmiri brothers and sisters in observing Kashmir Solidarity Day today to reaffirm our moral, diplomatic and political support to the legitimate struggle of the Kashmiri people for their basic human rights, especially the right to self-determination enshrined in the relevant UN Security Council resolutions,” Sharif said.

Pakistan, he said, “strongly condemns the systemic state terrorism and brutal killings of the innocent people of Kashmir by Indian forces”. “However, all the Indian brutalities have failed to deter the people of Kashmir from their cause for freedom from Indian subjugation,” he said.

Pakistan calls upon the international community to raise its voice in seeking an end to the “gross violations of human rights and the reign of terror unleashed by Indian forces” in Kashmir and fulfil the promises it made with the people of Jammu and Kashmir 70 years ago, he said.

“Jammu & Kashmir is the core dispute between Pakistan and India. The dream of peace and prosperity of the people of this region will remain elusive without resolving this dispute in accordance with the UN Security Council resolutions,” Sharif said.

“We urge India to stop the bloodbath in Kashmir and allow the holding of free and fair plebiscite under the UN auspices,” he added.