Home Startosphere Government to put Paytm on notice, Here’s why 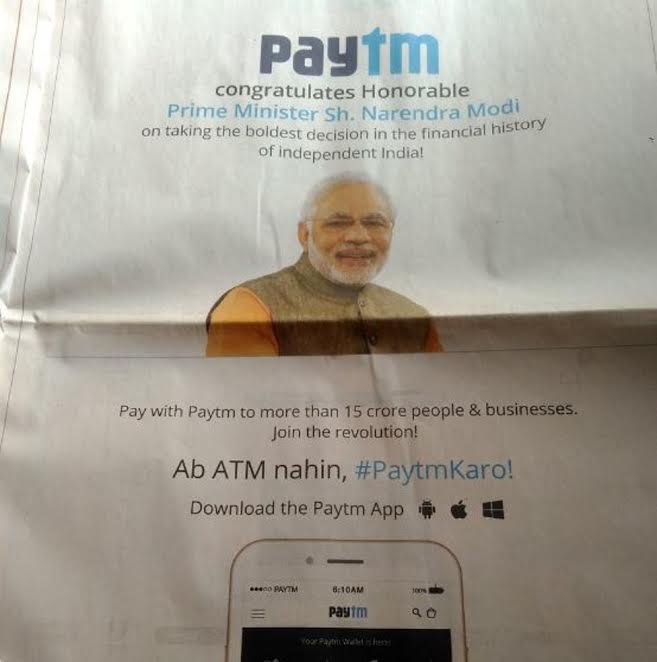 Nearly three months after the demonetisation move, the government is set to penalise E-wallet giant, Paytm, for using Prime Minister’s picture in its advertisement, as it is sending a show cause notice to Paytm, sources told NewsMobile

After Prime Minister Narendra Modi announced the demonetisation of ₹ 500 and ₹ 1000 currency notes, the following morning India’s major payment and commerce company, Paytm, released a full-size advertisement in various national dailies using the picture of Prime Minister Narendra Modi with taking permission from the authorities, to which government is sending notice to the company.  According to the rules, the use of Prime Minister’s image to endorse a commercial product was the violation of norms and no permission was sought from the Prime Minister’s office. Government sources say that the Prime Minister is keen to disassociate with any move that his demonisation drive was aimed at benefitting any private player. It was a decision in the interest of India and anyone using the name of the Prime Minister will be sternly dealt with a source said.

Meanwhile, NewsMobile tried to contact Paytm CEO, Vijay Shekhar Sharma, but he was unavailable for the comment.

As per Directorate of Advertising and Visual Publicity (DAVP), a media unit of ministry, is the nodal agency for release of advertisement on the policies and programme of the government in various media vehicles, but “releases government advertisements only and does not release advertisements of any private body”. If permission is not taken in advance, the necessary act, the Emblems and Names (prevention of improper use) Act 1950, is administered by the Ministry of Consumer Affairs, Food and Public Distribution.

ALSO READ: Apple soon to have ‘Made in India’ iPhone

Earlier in similar in December last year, Reliance Jio ended up paying a penalty of just up to Rs 500 for using Prime Minister Narendra Modi’s photograph in print and electronic advertisements without permission. The law governing prevention of improper use of emblems and names of 1950 provided for this rather insignificant penalty for violating norms. 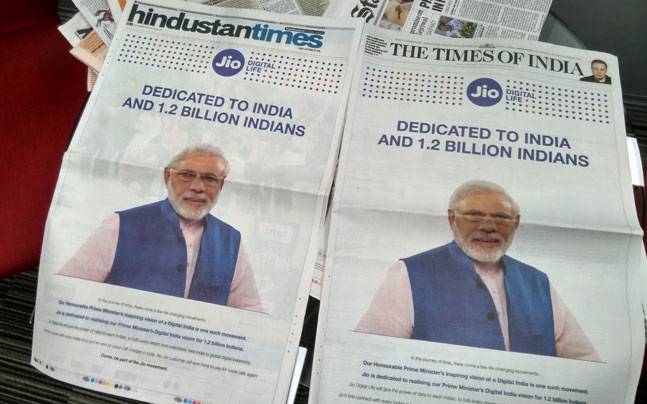 Launched in August 2010, it is the consumer brand of One97 Communications.

In 2015, Paytm became the first Indian company to receive Alibaba’s funding after it raised $625 million at a valuation of $1.5 billion with the Alibaba Group being the biggest stakeholder in the parent company One97 Communications.