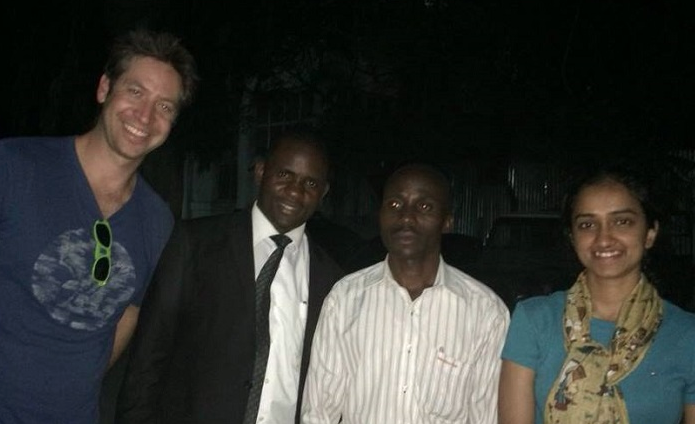 Charanya Kannan, a Chennai woman, is a student at Harvard Business School. She was in Tanzania recently for a course when she got mugged. She shares her experience.

Exactly two weeks ago, forty of us had landed in Dar Es Salaam, Tanzania, for a course on public private partnerships. We were 5000 kilometres to the west of Chennai, yet that city was so much like home with its beach, the oppressive heat and humidity and most of all, the food.

We had a sumptuous, literally finger licking lunch of South Indian thali and very authentic dosais with no jaggery sambars that are even hard to come by in the north of the Vindyas. In order to ward off the excessive comatose induced by rice and rasam, I decided to walk back to our hotel instead of taking a taxi, along with four others.

We were in Addis Ababa the previous week, but Dar looked so much more warmer and friendlier with its broader roads and bigger buildings. As we walked past the Indian Embassy, the fluttering tricolor evoked a sense of love and belonging that stemmed from all these years of conditioning that I instinctively pulled out my phone and snapped a picture. A few girls were dancing on the road and were getting filmed for some TV show. We stopped by and danced with them (which was when the above picture was taken!) The whole evening was so magical.

Just as we turned around the corner and were walking down the footpath, a red helmet biker came surreptitiously from nowhere and snatched my bag. I tried to resist but he accelerated and I got dragged along. When my head hit the unsympathetic asphalt, I knew I had to let go. Before I could release the cross shouldered bag, I got dragged a few feet. I got up and was surprised I could get up, and turned to look at the four others who were walking with me.

None of them had noticed the number plate. In fact, they hadn’t even noticed that I was robbed. It all happened in less than a few seconds that they thought I simply fell. I was surprised that it was that quick, in my mind it had all happened in a cinematic slow motion where I actually had time for a mini debate in my head to let go or not to let go of the bag.

One of the four of them was an ex-military man but that still didn’t put him in the league of Vijayakanth (a Tamil actor) who could have somersaulted his way into the pillion seat of the bike.

I had lost two phones, cash, credit cards, driver’s license and worst of all, my passport, and had gained bruises all over my hands and legs and one particularly noticeable bump in my head for the bargain.

I wasn’t flustered because we had a week left. And the Indian embassy with its CCTV cameras was two blocks away, and the biker had just turned into that road. Also I’ve come to realise that for the self-proclaimed raconteur that I am, everything makes for good fodder in my book of life experiences as long as I live to tell the tale.

Last year, when my phone was stolen from a women’s washroom at the Paris airport, I was moping and moaning for a month.

After a ceremonious first aid session, where it was ascertained that my ability to count was intact and hence my head was fine, we went to the police station. Once the ‘H bomb’ (that I was a student of Harvard) was dropped, the interactions became more congenial with the friendly policemen trying to ascertain what “tribe” I belong to. Tribe apparently is a huge part of everyone’s identity in Tanzania.

Eventually, they decided that my tribe is an unflattering category called “foreigner”. I was also reminded how lucky I am that my arms and legs were still working fine, that isn’t always the outcome of such bike thefts, chuckled a friendly officer.