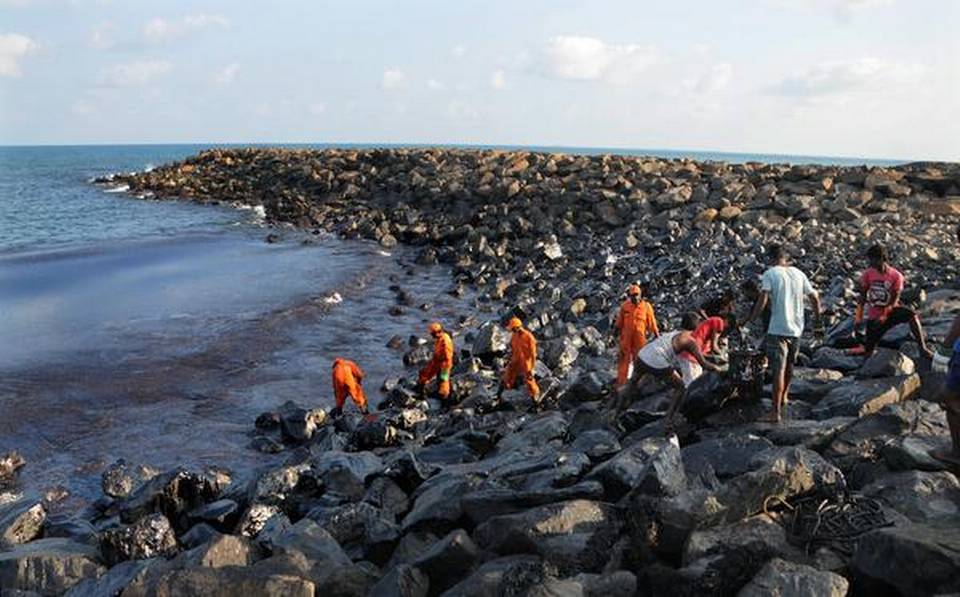 Amid massive oil spill following the collision of two cargo ships off the Kamarajar Port in Ennore has been polluting Chennai’s beaches. Hundreds of Coast Guard personnel and volunteers have taken it upon themselves to manually clear the near 20 tonnes of oil spill.

According to reports, along the beach near Ennore, a Chennai suburb, boulders have blocked the shore, which makes it impossible for waves to naturally wash the oil ashore. And the spill has been thickening every day.

Along the other beaches, including Chennai’s most famous beach Marina, workers and volunteers are working hard to remove pollutants from the sand without any protective gear. Hundreds of bags with contaminated soil are being moved out.

Amavasai, a worker, said “It smells bad and sticks to our hand, but we are happy to work for the people.”

With turtles dying in the polluted area, environmentalists are worried.

“The spill will affect oxygen supply to these aquatic species. More species will die. But we are not able to assess the loss as we don’t have a base line,” said an environmentalist Emily Titus.