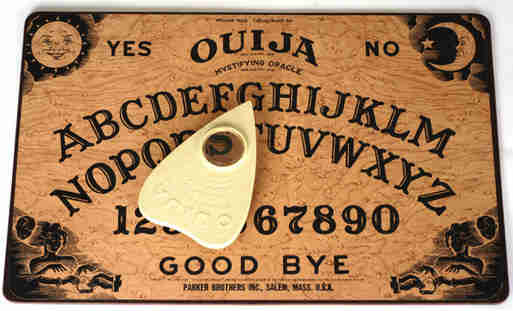 A new Guinness World Record has been set in the US for the largest Ouija board – measuring a whopping 121 square metres – constructed on the roof of a 130-year-old hotel that is believed to be haunted.

The Grand Midway Hotel in the US is no longer in full operation but still houses a few invite-only guests. The massive supernatural game board rests on the flat roof of the hotel, and is visible from Google Maps.

“The hotel roof was this massive blank canvas just waiting for the perfect project to present itself,” said hotel owner Blair Murphy. The hotel has earlier featured on several television shows, research books and paranormal investigations for its reported ghostly activity.

“The Grand Midway Hotel was an old coal mining hotel from the late 1880s,” said Murphy. “I could recall countless ghost encounter stories from folks who have stayed the night here. It’s actually been a fascinating place to live,” he said.

Murphy wanted to complete the haunted grandeur of the hotel by constructing a record-holding Ouija board, measuring 121.01 square metres. According to Blair and his team the most difficult part of creating the massive board was having to work around rainy weather conditions during the build, which muddied the silver surface and made its hand-painted letters run.

Based on the conveniently mysterious tone that the hotel radiates, the grounds have become a “secret base camp” for many artistic projects; specifically for feature films, novels, paintings, plays, recording music and massive Halloween parties.

“It is an ongoing, romantic adventure. It is also my very eccentric home,” said Murphy.