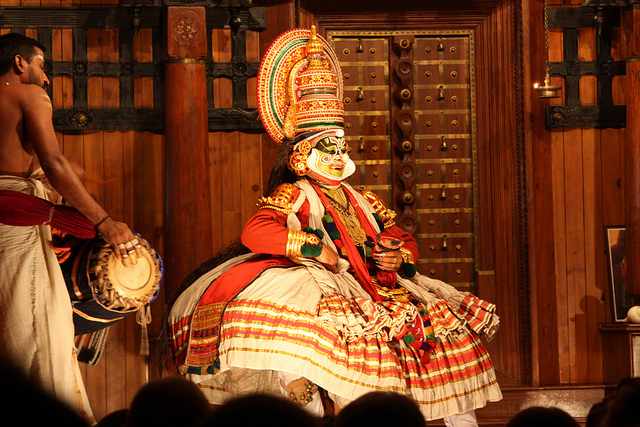 A 48-year-old professional classical dancer collapsed and died while performing Bharatanatyam with his guru on stage, during a temple festival in Paravur near here.

The audience enjoying the Bharathanatyam at Vadakkekkara Kattathururth Nambiath Bhadrakali temple yesterday thought falling down of dancer Omanakuttan on the stage was all part of the performance, local media reports said.

However, his Guru Sivan Malyankara who noticed Omanakkuttan suddenly losing his footing and falling down stopped the performance and directed to pull down the curtain, it said.

Omanakuttan was rushed to a private hospital in Paravur but was declared brought dead. Local TV channels aired the video purportedly showing the dancer collapsing during the stage performance.

Omanakuttan had been active in the area of classical dance for over 25 years and had staged dance performances at 400 stages in Bihar as part of the national literacy mission.