Home News For Kids Largest volcanic eruption: What triggered it? 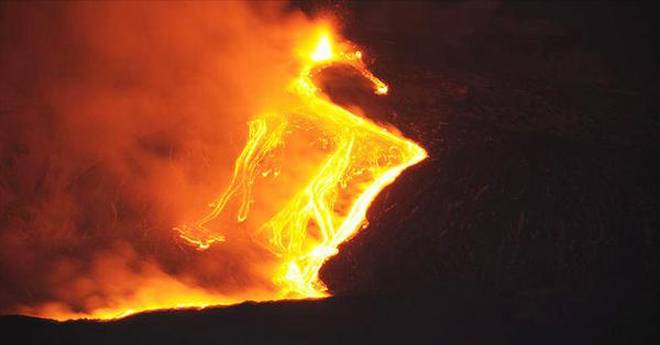 Researchers have decoded what triggered one of the largest volcanic eruptions witnessed by mankind about 73,000 years ago, when extraordinary volumes of volcanic ash were ejected into the atmosphere and rained down and covered enormous areas in India and Indonesia.

The volcano’s secret was revealed by geochemical clues hidden inside volcanic quartz crystals.

The deadliest volcanoes on Earth are called supervolcanoes, capable of producing cataclysmic eruptions that devastate huge regions and cause global cooling of the climate.

Also Read: 10 facts on the Republic day that you should know

The Indonesian supervolcano Toba had one of these eruptions about 73,000 years ago, when 2,800 cubic kilometres of volcanic ash was ejected into the atmosphere and rained down and covered enormous areas in Indonesia and India.

Scientists have long debated how these extraordinary volumes of magma are generated, and what makes this magma erupt so very explosively.

A team of researchers at Uppsala University in Sweden, together with international colleagues, have now found intriguing clues hidden inside millimetre-sized crystals from the volcanic ash and rock.

“Quartz crystals that grow in the magma register chemical and thermodynamical changes in the magmatic system prior to eruption, similar to how tree rings record climate variations,” said David Budd from Uppsala University.

“When the conditions in the magma change, the crystals respond and produce distinct growth zones that record these changes. The problem is that each “tree ring”-analogue is only a few micrometres across, which is why they are extremely challenging to analyse in detail,” said Budd.

The researchers analysed quartz crystals from Toba, and found a distinct shift in the isotopic composition towards the outer rim of the crystals. The crystal rims contain a relatively lower proportion of the heavy isotope 18O compared to the lighter 16O.

“The low ratio of 18O to 16O contents in the crystal rims indicate that something in the magmatic system changed drastically just before the big eruption,” said Frances Deegan from Uppsala University.

The explanation behind these chemical signatures is that the magma melted and assimilated a large volume of a local rock that itself is characterised by a relatively low ratio of 18O to 16O.

This rock type also often contains a lot of water, which may be released into the magma, producing steam, and thereby an increased gas pressure inside the magma chamber.

“This rapidly increased gas pressure eventually allowed the magma to rupture the overlying crust, and send thousands of cubic kilometres of magma into the atmosphere,” Deegan added.