Controversies’ sweet child, Salman Khan shocked everyone when he told a Jodhpur court hearing the blackbuck poaching case that the animal, that he has been accused of killing, died of natural causes.

A report in ToI quoted him saying:

“Only the first forensic report of Dr Nepalia saying that the animal died of ‘natural causes’ was true and the rest of the evidence is false.”

Bollywood superstar denied killing two blackbucks in Rajasthan, 19 years ago, during the shooting of his film ‘Hum Saath Saath Hain’. The actor has four cases against him because of the incident. Reports suggest that he testified in court in the presence of his co-stars of the film Saif Ali Khan, Tabu, Sonali Bendre and Neelam. 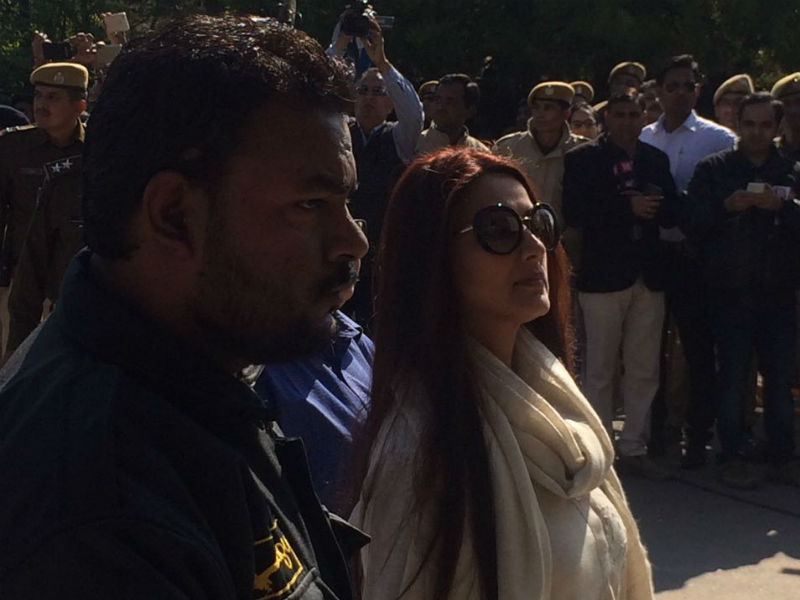 He went on to say:

“I am innocent,” and that he was “falsely implicated.”

The actor is said to have been asked more than 60 questions pertaining to the prosecutions case against him and the evidence in the case.

Salman is accused of driving into the forests of Jodhpur on the night of 1 October, 1998, with Saif sitting with him in the front and the other actors in the back, guided by two locals. He is alleged to have shot the blackbucks there.

So far, the account of 28 witnesses have been recorded in the case.

According to a report in NDTV, Salman said in court that it was the forest department that had made up the entire story for publicity.

Recently, the Jodhpur CJM Court had acquitted Salman in the Arms Act case. After the acquittal, the actor’s lawyer Hastimal Saraswat it to be a conspiracy.

Salman was also acquitted, in July, by the Rajasthan High Court in two cases of Chinkara (black buck) poaching in Jodhpur. Salman was convicted by a lower court in 2006 in the two chinkara cases, but this was overturned by the high court in its judgment.