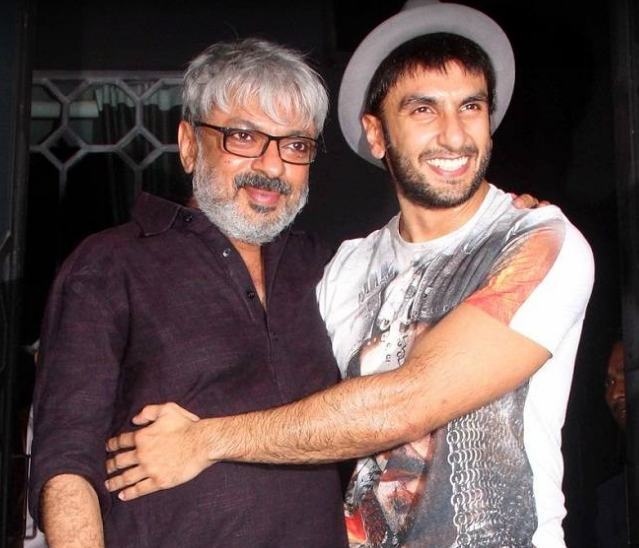 Filmmaker Sanjay Leela Bhansali was allegedly assaulted here today by activists of a Rajput community group who also forced stoppage of the shooting of his movie ‘Padmavati‘ by vandalising the set at Jaigarh Fort, alleging that the director was “distorting facts”.

Police said it had detained five persons for disturbing peace even though no complaint was received from Bhansali’s side. The ruckus took place when the film, in which Deepika Padukone is playing ‘Padmavati’ and Ranveer Singh is playing ‘Alauddin Khilji’, was being shot at the historic fort, eyewitnesses said.
The activists of Karni Sena gathered at the site and demanded stoppage of the shooting. They stormed the set and damaged some chairs and other objects, forcing stoppage of the shooting. After the incident, the director decided not to go ahead with the shooting in the state.

“We had warned the filmmakers against presenting wrong facts. When we came to know about the shooting, we gathered there and protested. Besides the Karni Sena activists, there were several other people who had gone there to watch the shooting. Someone from the mob slapped him and pulled his hair,” district president of Karni Sena Narayan Singh claimed.

“There was a protest and the issue was settled after both the parties held talks,” said DPC North (Jaipur) Anshuman Bhomia. He said no FIR was lodged by anyone but five persons have been detained by the police for disturbing the peace.

The filmmaker has said he will not go ahead with the shooting plans here and he will pack up, Bhomia said. Singh claimed that Bhansali wants to present a “distorted fact” about Rani Padmavati which will not be tolerated by the Rajput community.

“We want that no distorted fact be shown in the film and have asked the filmmaker to take care of it. The Rajput community will strongly oppose any move of presenting wrong facts about Rani Padmavati,” he said. The director is yet to comment on the incident.