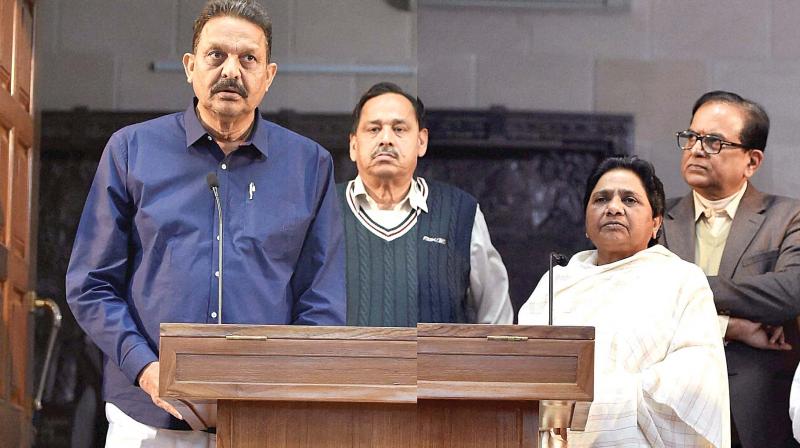 Lucknow: In what could be a controversial move, the Bahujan Samaj Party (BSP) on Thursday welcomed mafia don-turned-politician Mukhtar Ansari along with his son and brother into the party ahead of polls in the state of Uttar Pradesh between February 11 and March 8.

Declaring that Ansari had “lost his way and needed help”, former Chief Minister and BSP supremo Mayawati brushed aside his criminal track record by saying “there were bigger goons in other parties”.

ALSO READ: The UP Cliffhanger, what lies ahead

While sitting legislator Mukhtar Ansari will contest the Mau seat in eastern Uttar Pradesh, son Abbas will contest from Ghosi and Mukhtar’s brother Sibagatullah will be BSP candidate from Mohammadabad.

The Ansaris found shelter in the BSP after being rejected by an image-conscious Akhilesh Yadav-led Samajwadi Party (SP).

The Ansaris have considerable political clout among the weavers in eastern parts of the state and hold sway over more than a dozen assembly seats.

“This is election time. The BSP has been talking about clean politics without gunda politics involved. Now I think this time that Behenji answers these questions how is Ansari so relevant in a clean image that she is trying to project? This is a tough question that the BSP will have to answer in the context of the upcoming elections in Uttar Pradesh,” Congress leader Tom Vadakkan said.