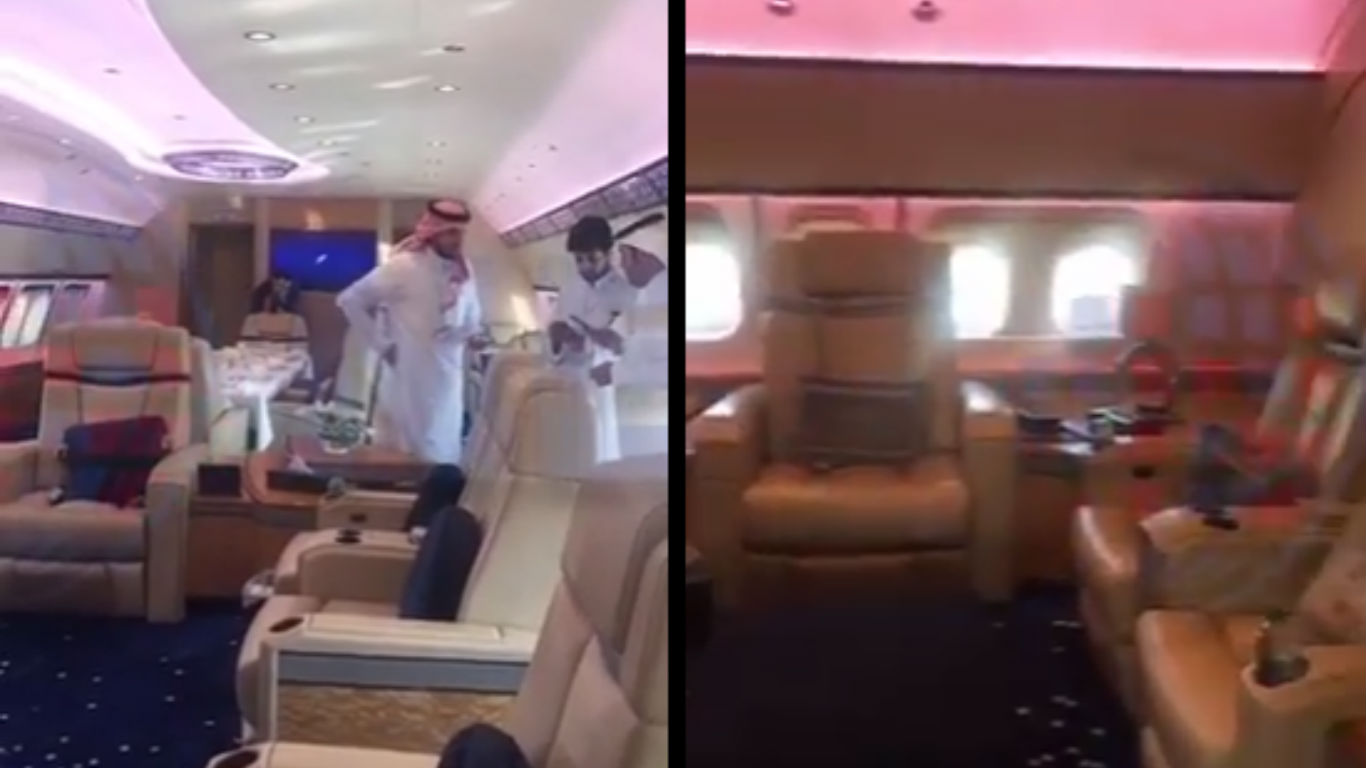 On Republic Day, a video that has sneaked its way into social networking platforms such as WhatsApp, where it is being widely shared and now even being uploaded online on sites like Youtube, shows the luxury aircraft of what seems to be India’s Republic Day Chief Guest and Abu Dhabi crown Prince Sheikh Mohammed Bin Zayed Al Nahyan. The video – that is being shared with the message that the aircraft has been parked at Delhi’s Palam Technical Area – has a detailed tour of the interiors of the plane. The interior has been designed for executive vacation, business meetings and personal travel.

The aircraft which has been planned luxuriously houses a posh and spacious lounge, apt for business meetings. There is another lounge but it is smaller in size and is apt for relaxed meetings. As the video proceeds, we see a bedroom which has a bedside table and a LED attached to the wall of the aircraft.

Furnished with all the modern and extravagant facilities, the video apparently of the crown Prince’s aircraft has another sitting area next to the bedroom. The aircraft also houses a bathroom fitted with all the fancy equipment. The video that has become a favourite in WhatsApp, shows an almost empty aircraft with only a few officials of the prince, besides three air hostesses. The video which has a length of two minutes, shows the person filming it asking for the pilot. The video comes to an end with a quick peek of a tiny kitchen and the cockpit.