Home World Nikki Haley is the US Ambassador to the UN 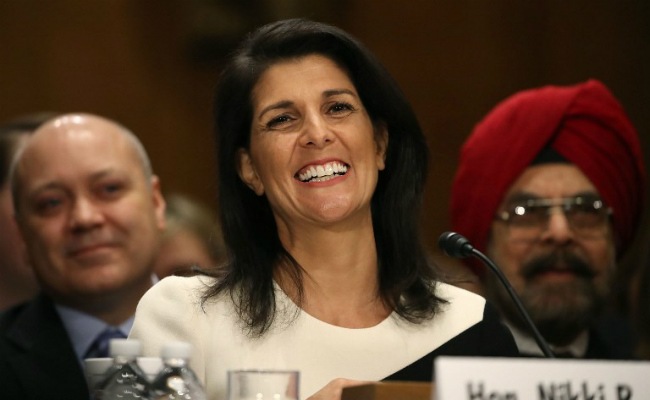 Ms. Haley is the first Indian-American to serve on a Cabinet rank position in any presidential administration in the US.

Senator Bob Corker of Tennessee, the Republican chairman of the Foreign Relations Committee, said Ms Haley is a proven leader who will be a “fierce advocate” at the UN for American interests.

Congressional Republicans criticized Democrats for not moving quickly enough on all of the president’s selections.

Ms Haley served as the 116th Governor of South Carolina from January 2011 to January 2017. Once a fierce critic of Trump, Haley in November was selected as the first woman and first minority to serve in the Trump Administration.

Haley, will replace Samantha Power at the UN.