In a bid to win the state elections the two major players Indian National Congress and The Samajwadi Party has flashed their list of contenders for the State Elections 2017. 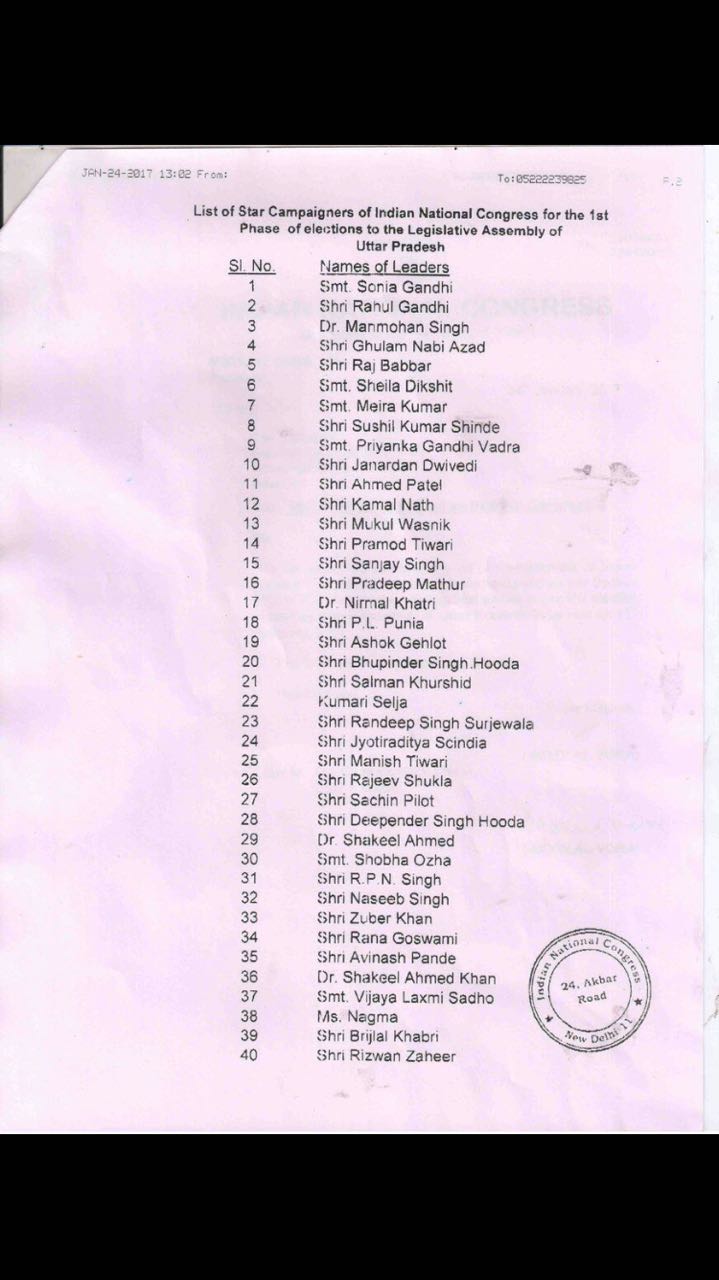 Meanwhile, Samajwadi Party has the list of campaigners comprising of big honchos such as, Mulayam Singh Yadav, Akhilesh Yadav, Kiranmay Nanda and Ramgopal Yadav. The list is released today. 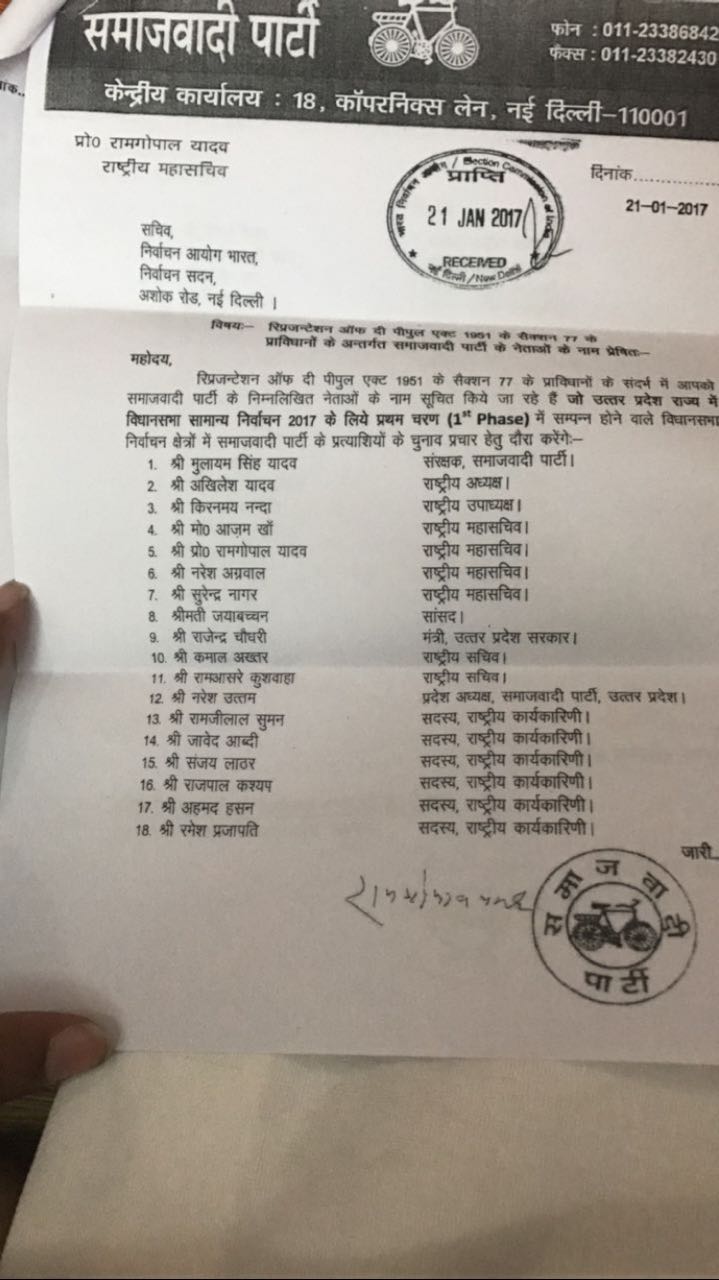 However, Filing of nominations for the third phase of polling in Uttar Pradesh began on Tuesday with issuance of notification for the polls on February 19. In the third phase, 69 assembly seats spread over 12 districts will go to polls. The process of filing papers will continue till January 31.

Also Read: Filing of nomination for 3rd phase of UP polls begins