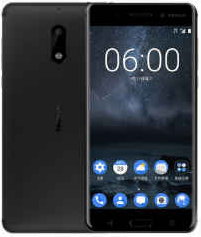 On a query (via NokiaPowerUser) about rumoured Snapdragon 835 smartphone, Nokia’s Weibo account replied, “Understood your mood, because the new high-end Snapdragon SoC has just released, please give us some time to prepare, when the time will be made public.” [Translated by Google Translate]

A Snapdragon 835-powered Nokia P1 smartphone was leaked recently and is expected to be the premium offering from Nokia. It is rumoured to start around $800 (roughly Rs. 54,500) and feature top-notch innards including 5.3-inch display with Gorilla Glass 5 with either full-HD or QHD screen resolution. The Nokia P1 is also expected to pack 6GB of RAM. The smartphone is rumoured to launch at MWC 2017.