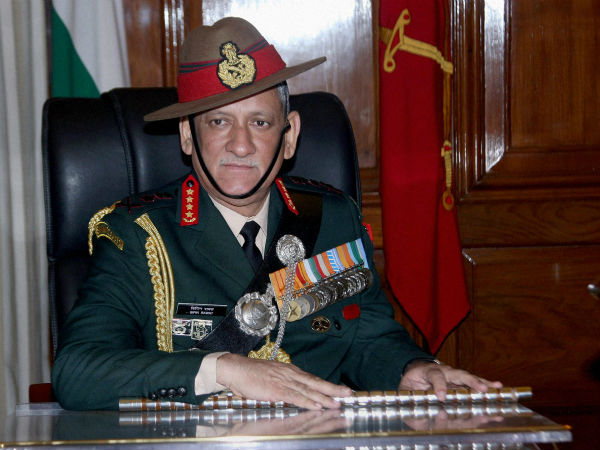 Undertaking his first visit to Jammu and Kashmir as Army Chief, Gen Bipin Rawat today reviewed the security situation and assured the people of the Valley that his force will ensure their well-being. Gen Rawat, who took charge of the top post on December 31 last, visited Srinagar, Leh, and Siachen.

In Srinagar, he was briefed about the prevailing security scenario in Kashmir and the measures instituted to integrate all government agencies for efficient intelligence generation and successful conduct of operations, Defence spokesman Col Rajesh Kalia said here.

He said the Army Chief complimented the soldiers on the ground for their high morale, outstanding vigilance, and state of preparedness. Gen Rawat, who has served in Kashmir in various capacities including commanding the prestigious Dagger Division in 2011-2012 and Rashtriya Rifles Sector in Sopore- Bandipora in 2006-2007, also conveyed his greetings to the people of the Valley, the spokesman said.

The Army Chief “reassured them (people of Kashmir) of the Army’s commitment towards their well-being,” the spokesman said. Accompanied by Northern Army Commander Lt Gen D Anbu, Gen Rawat also visited Siachen and Leh in Ladakh region of the state.

On arrival at Siachen Basecamp, he paid tributes to the martyrs by laying a wreath at Siachen War Memorial and then interacted with troops posted there, the spokesman said.  Thereafter, the Army chief moved to Leh where he was briefed on the overall security situation and operational preparedness by the Corps Commander, he said.

The chief later interacted with officers and men at the Leh Garrison. During his interaction, he appreciated the commitment, dedication, sacrifice and professionalism of all officers and men posted to the region and called upon them to continue to uphold the core values of the Indian Army, the spokesman said.