Battle for States: SP-Congress alliance under clouds in UP polls | Newsmobile
Monday, June 27, 2022 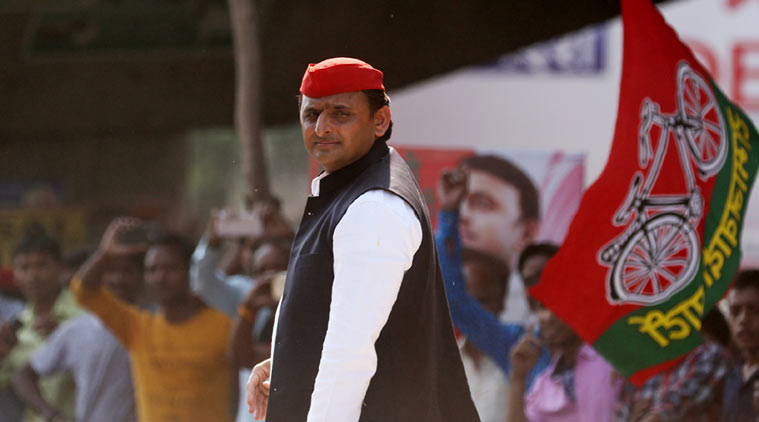 Uttar Pradesh Chief Minister, Akhilesh Yadav, led Samajwadi Party is once again in a spot light, and this time because of parleys with Congress that appeared to collapse over seat-sharing in the upcoming assembly polls in the state.

Congress leaders meanwhile were quite hopeful on the talks, as was reflected in their comments to the media.

With the SP refusing to budge from its offer of around 100 seats and the Congress not agreeing to anything below 120, leaders in both camps had thrown up their hands that the prospects of the electoral tie-up were almost over.

Congress sources said Sonia’s intervention will surely boost the alliance prospects. “Everything will be clear by tomorrow (Sunday) morning. The Congress might agree on 100-103 seats. Both the parties know they need each other in Uttar Pradesh polls.”

Earlier, talking about the alliance, senior SP leader Naresh Agrawal said: “The alliance is almost over. Uttar Pradesh Chief Minister (Akhilesh Yadav) was offering Congress 100 seats but they were not agreeing to anything less than 120 seats.”

“We told them we can’t fight in less than 300 seats but the Congress was adamant as if they are a very influential party in the state,” he added.

Meanwhile, Congress General Secretary in charge of UP Ghulam Nabi Azad said: “You’ll get to know everything by tomorow (Sunday) morning.”

Congress state President Raj Babbar said during the day: “The talks will go on.”

Congress vice-president Rahul Gandhi and his sister Priyanka Gandhi Vadra too are reported to be working on “some possibilities”.

The Gandhi family scion is said to be furious at the “slight and disrespect” shown to the Congress by the SP leadership.

Earlier, the sources said that the Congress Central Election Committee (CEC) had decided to go it alone in the first and second phases of the seven-phase assembly elections in the politically crucial Uttar Pradesh.