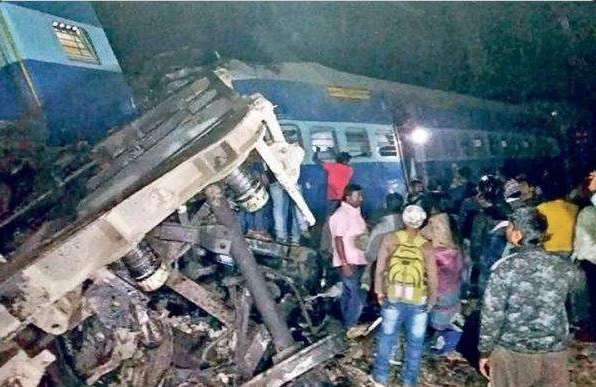 Bhubaneswar: In a tragic incident at least 34 people were killed and over 100 were believed to be injured after Jagdalpur-Bhubaneswar Express derailed in Vizianagaram district of Andhra Pradesh.

The incident took place around 11 PM on Saturday night when the train was on its way to Bhubaneswar from Jagdalpur.

“Seven coaches and the engine of the 18448 Jagdalpur-Bhubaneswar Express derailed near Kuneru station.

Rayagada Sub-collector Muralidhar Swain said that the number of injured could be around 100. The casualty figure may go up as many people are trapped, he added.

The injured have been shifted to 2 hospitals at Parbatipuram and Rayagada.

A team of doctors has reached the accident site. District administration of both Vijayanagaram and Rayagada are taking active part in rescue operations, said Mishra.

The train had 22 coaches.

Services were affected on Rayagada and Vijayanagaram route, with several trains diverted.

“05 Buses arranged to carry passengers towards Brahmapur, Palasa and Vizianagaram, free of cost”.