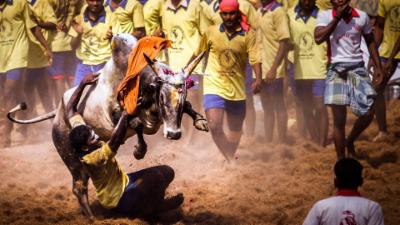 DMK cadres and party functionaries from various districts are also participating in the fast.

DMK said they wanted a permanent measure which will ensure conducting of jallikattu without any in hindrances.

Stalin had on Friday welcomed Chief Minister O Panneerselvam’s announcement that the state government would issue an ordinance to amend the Prevention of Cruelty Act to allow jallikattu but insisted that bulls should be permanently removed from ‘performing animals’ category by the Centre so that the sport is held in the state annually.

He also welcomed the protesters’ assertion that their agitation would continue till jallikattu was held.