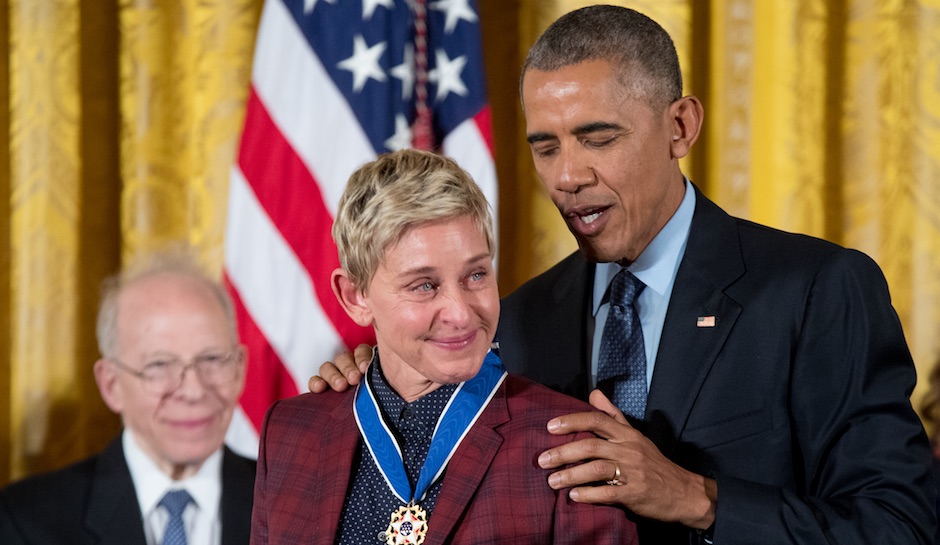 “I want to personally thank him for changing my life. I am a legally married woman because of him, and so is my wife.

“His courage and compassion created equality for everyone. He moved us forward and made more happen in the past eight years than I ever dreamed possible. I love him. I love Michelle,” DeGeneres said.

The video was a compilation of her time with the Obamas over the years. The emotional send-off featured everything from Barack’s first appearance on “The Ellen DeGeneres Show” in 2007 to him honouring DeGeneres with the Presidential Medal of Freedom in November.