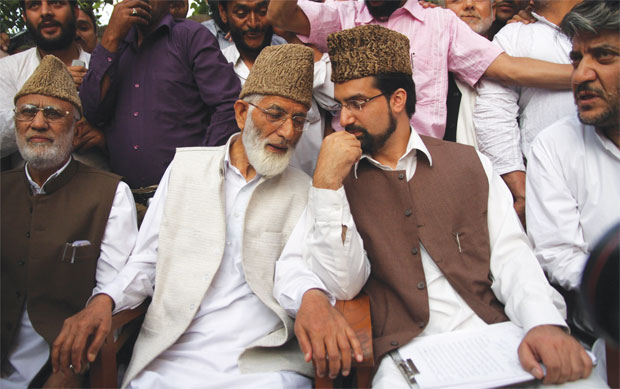 According to a report, the agencies also unearthed the proof of Mirwaiz Umar Farooq’s frequent contact with one of the 26/11 Mumbai terror masterminds terrorist Zaki-ur-Rehman Lakhvi.

Hurriyat leader Mirwaiz was in regular touch with one of the 26/11 Mumbai terror masterminds Lakhvi.

The agencies have got this proof by hacking the phone of the top Pakistan Inter-Services Intelligence (ISI) officer Tanveer Ahmad who used to contact Gilani at the phone number +919419525055 for the past several years.

The ISI officer Tanveer used to contact Mirwaiz mostly through email. The hackers of Indian agencies found that Tanveer used to pass messages to Mirwaiz through the email id: mirwaizumar@gmail.com

Hurriyat leader Mirwaiz was in regular touch with one of the 26/11 Mumbai terror masterminds Lakhvi. The hacker sleuths from India found this vital information after hacking a phone which was regularly used by Lakhvi and they found that frequent to and fro calls were going to Mirwaiz’s number +919419003786.

The Indian hacker sleuths are believed to have hacked the phone address books of ISI officer Tanveer and Lakhvi to get this crucial information exposing the Hurriyat leaders. The screenshots of the hacked images of these phone books are produced at the end of this report.

Evidence suggests that Gilani and Mirwaiz were in regular touch with Tanveer for the past five years.