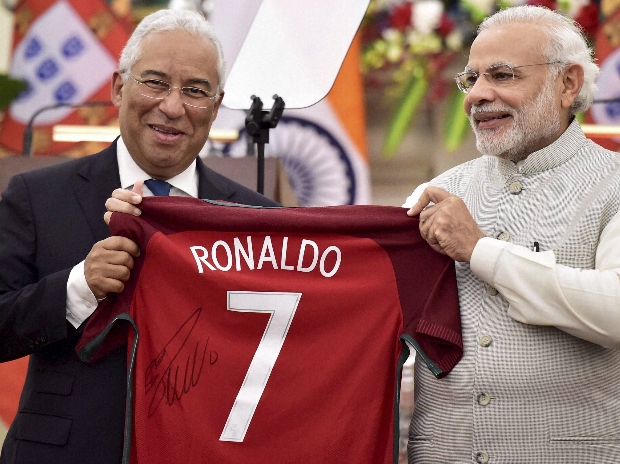 Prime Minister Antonio Costa of Portugal came this Saturday for a seven-day visit to India to hold talks with his counterpart Narendra Modi. The Portuguese Prime Minister will be accorded a ceremonial reception at the forecourts of the Rashtrapati Bhavan.

Prime Minister Narendra Modi received a special gift from his counterpart that would make every football fan burst in anger- a Portugal football team jersey signed by one of the world’s greatest sporting icons, footballer Cristiano Ronaldo.

PM Modi not leaving his chance also presented Costa an English translation of a book written by his father – the renowned writer Orlando da Costa.

The two of them also released commemorative stamps highlighting two dance forms – one Indian and the other Portuguese.