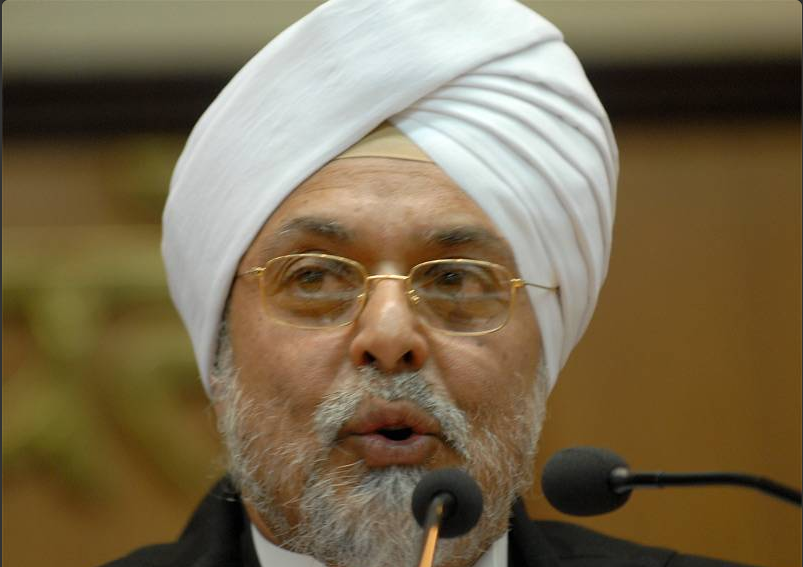 New Delhi: Justice Jagdish Singh Khehar, who led the five-judge constitution bench in the Supreme Court which had struck down the controversial NJAC Act for appointment of judges, was on Wednesday sworn in as the 44th Chief Justice of India.

President Pranab Mukherjee administered the oath of office and secrecy to Justice Kehar at the Darbar Hall of Rashtrapati Bhawan.

Khehar took oath in the name of God in English at the ceremony where the Opposition was conspicuous by its absence.

Then CJI, T S Thakur had last month recommended the name of Justice Khehar, the senior-most judge of the Supreme Court, to be his successor.

Justice Khehar will hold the tenure for over seven months till August 27.

Besides heading the bench in NJAC matter, Justice Khehar has also headed a bench which had set aside the imposition of President’s rule in Arunachal Pradesh in January.

He was a part of the bench which sent Sahara chief Subrata Roy to jail while hearing the matter relating to the refund of money invested by people in his two companies.

Justice Khehar also headed a bench which recently gave a significant verdict holding that the principal of ‘equal pay for equal work’ has to be made applicable to those engaged as daily wagers, casual and contractual employees who perform the same duties as the regulars.

While the turf war between the judiciary and the executive over the appointment of judges for higher judiciary has intensified, Justice Khehar on the occasion of Constitution Day on November 26 had responded to the tirade from Attorney General Mukul Rohatgi by saying the judiciary was working within its “lakshmanrekha”.

“Judiciary is mandated to shield all persons, citizens and non-citizens alike, against discrimination and abuse of State power. Liberty, equality and dignity of citizen have flourished substantially in India due to the pro-active role of judiciary in the country,” he had said.