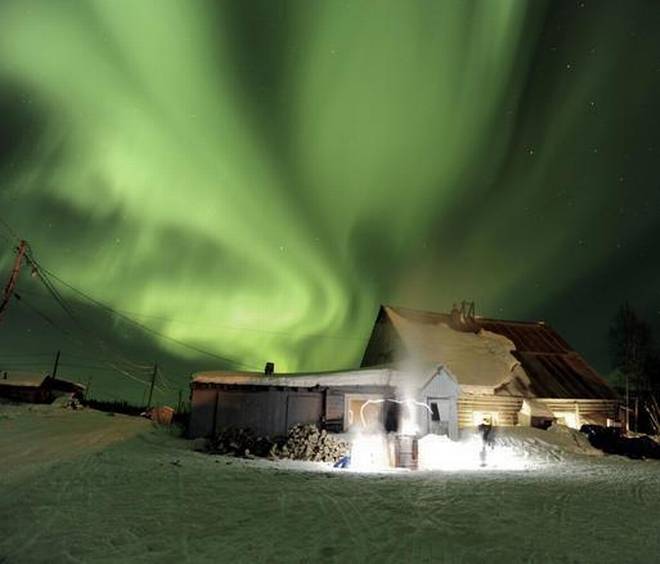 Just hours after the winter solstice, a mass of energetic particles from the Sun smashed into the magnetic field around Earth stirring up a stunning display of northern lights, which was captured by a NASA satellite.

With the “day—night band” (DNB) of the Visible Infrared Imaging Radiometer Suite (VIIRS), the Suomi NPP satellite acquired a view of the aurora borealis on December 22.

The sensor detected the visible light emissions as energetic particles rained down from Earth’s magnetosphere and into the gases of the upper atmosphere.

The collision of solar particles and pressure into our planet’s magnetosphere accelerates particles trapped in the space around Earth (such as in the radiation belts).

Those particles are sent crashing down into Earth’s upper atmosphere — at altitudes of 100 to 400 kilometers — where they excite oxygen and nitrogen molecules and release photons of light.

The results are rays, sheets, and curtains of dancing light in the sky.