Indrani out of jail to attend post-death rituals of her father | Newsmobile
Monday, January 30, 2023 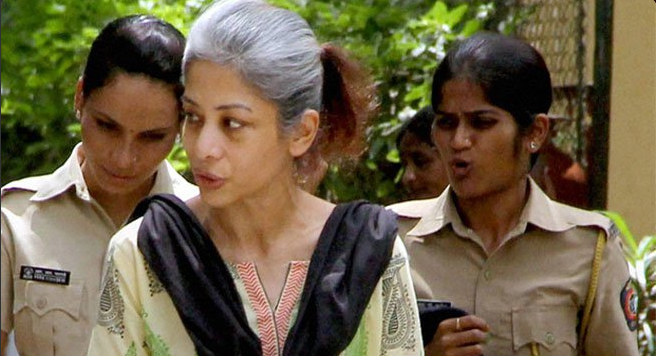 Mumbai: Prime accused of sensational Sheena Bora murder mystery, Indrani Mukerjea, was on Tuesday taken out of the Byculla jail to attend the post-death rituals of her father in Mulund.

A special CBI court had last week granted her the permission to attend the rituals anywhere in Mumbai, including at her residence, between 7 AM and 7 PM on December 27.

The court had, however, rejected Indrani’s plea for the interim bail to visit her hometown Guwahati. Her father Upendra Bora had died on December 15.

Indrani stepped out of the jail at around 7.30 AM amid heavy police protection to reach Brahmin Seva Samiti hall in suburban Mulund.

Special judge H S Mahajan on December 22 had said Indrani shall be taken out of the Byculla jail here in the morning under a police escort and brought back to jail by 7 PM. During this time, she shall not speak to the media, the judge had said.

Indrani had sought interim bail for visiting Assam for the rituals, but CBI had opposed her request. The agency produced an e-mail sent by Indrani’s son Mikhail to CBI, saying he did not want her to visit Guwahati.

CBI also said Indrani’s intention was to influence prosecution witnesses and there was also a possibility that she might try to escape from custody.

According to the agency, Indrani, her former husband Sanjeev Khanna and her driver Shyam Rai killed Sheena, Indrani’s daughter from an earlier relationship, in April 2012.