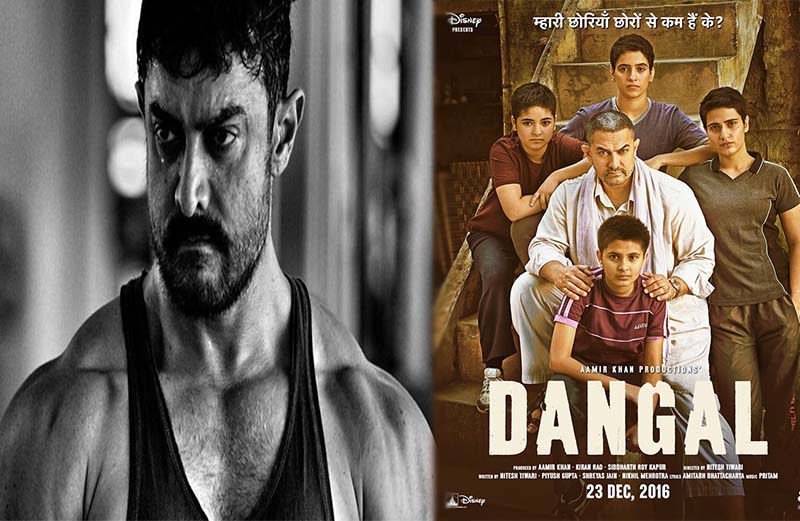 The film, helmed by Nitesh Tiwari, is based on the life of Haryana-based wrestler Mahavir Poghat, who trained his daughters, Geeta and Babita. Produced by Aamir Khan, Kiran Rao and co-produced by Siddharth Roy Kapur, “Dangal” released on December 23.

According to exhibitors, “Dangal” has recorded Rs 29.78 crore on the opening day, including Rs 59 lakh from Tamil and Telugu releases, and might hit Rs 100 crore mark by the weekend.

“The film has got a terrific opening of Rs 29 crore and it will continue to grow. It will sustain due to word of mouth.

According to the report, there is a possibility that it might touch Rs 100 crore over the weekend. The film will have its own shell life, it will run for multiple weeks..and might even break the record of Rajkumar Hirani’s ‘PK’.

Reportedly, Aamir’s “PK” had earned over Rs 340 crore at the box office in India. Another exhibitor Rajesh Thadani too echoed the same estimate that “Dangal” might earn close to Rs 100 crore by this weekend.

“The film is getting an overwhelming response..even the reviews are great. It should get close to Rs 100 crore by Sunday,” he added. They apprised that the biopic is doing well both in multiplexes and single screen theatres. However, Rathi insists Aamir doesn’t enjoy mass hysteria like Salman Khan.

“Salman has a huge fan following, people primarily go to watch his film because of him. Aamir is not a mass star but his name is associated with great content and quality cinema, his films are entertaining and engaging and audience loves this combination,” he added.