Seven killed in fire at a hotel in Gondia | Newsmobile
Friday, October 7, 2022

Gondia: At least seven people were killed on Wednesday morning after a massive fire broke out at a hotel in Gondia, Maharashtra.

The incident reportedly took place at 4:00 AM after a massive fire broke out in a market at Gorelal chowk, which later spread to nearby areas. At least Seven people were killed in the incident and their bodies are yet to be identified. 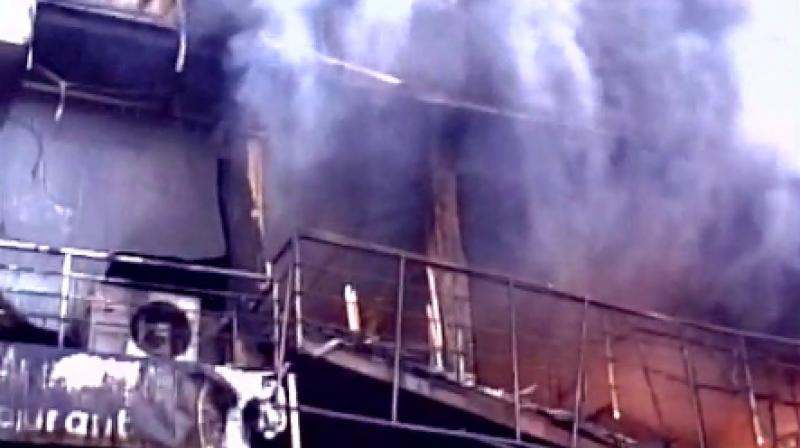 The fire brigade has saved six people, however, their condition is said to be critical. The specific reason for the fire is not known.

Those who were killed in the fire were part of a group who had come to Gondia to attend a wedding ceremony and were staying at the hotel.
The fire was contained after four hours.