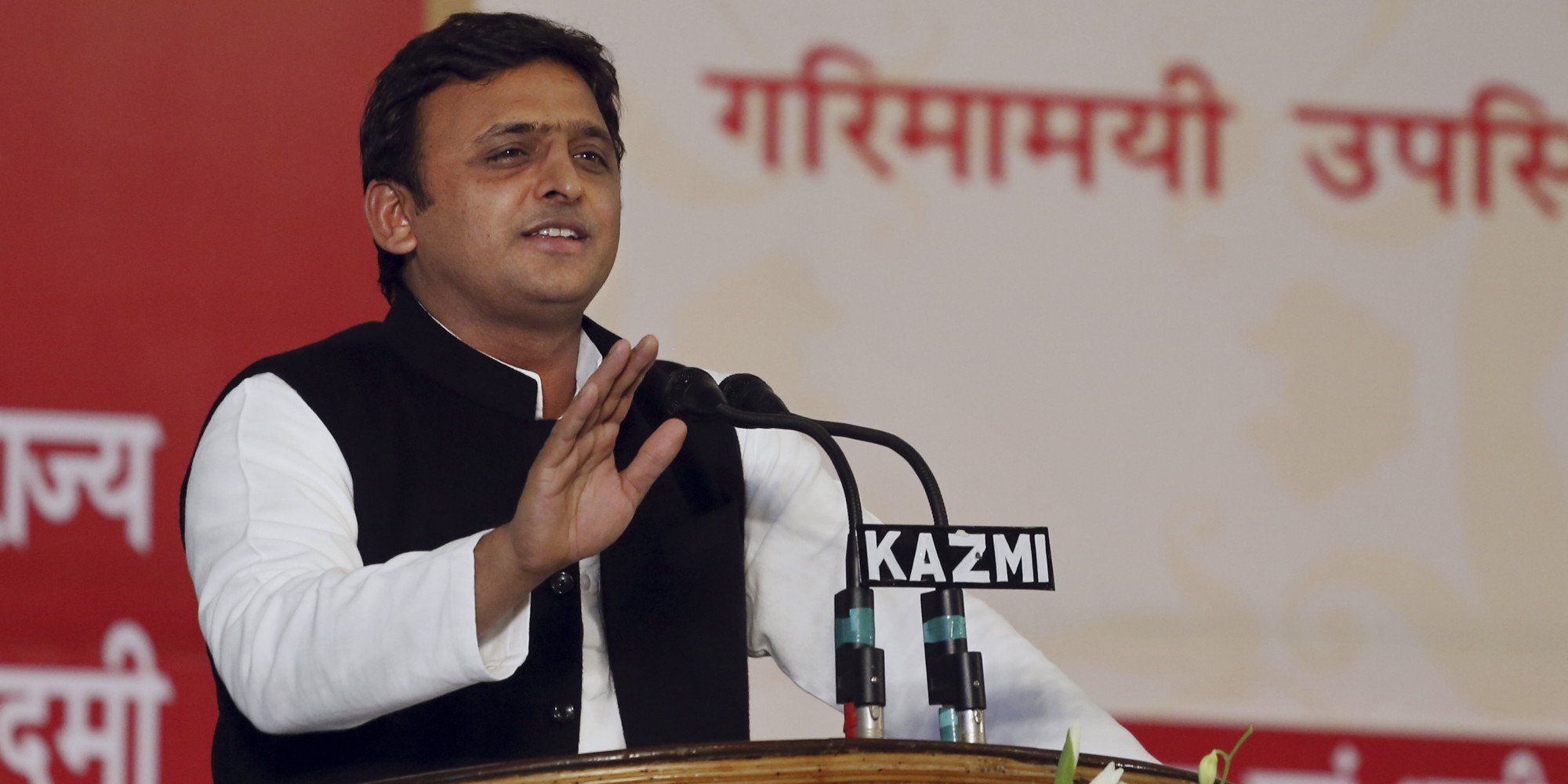 Lucknow: Uttar Pradesh Chief Minister Akhilesh Yadav feels the days of caste-based politics in the state are over and now the two D’s- Development and Demonetisation problems will work in favour of the Samajwadi Party in the upcoming assembly polls.

According to him, his family feud is no more a factor and all issues have been changed post demonetisation.

“That is a thing of past now. We are working together to win the elections. Issues have changed and post demonetisation nobody remembers that (family feud) now. All the other issues have been left behind and demonetisation has emerged as the key issue,” he said.

He asserted that Uttar Pradesh will vote for his work, image and not on caste equations.

“Our work in last five years and the problems people are facing due to demonetisation will lead us to victory in upcoming elections.

(polling booths will see long queues like ones outside ATMs now)

When asked who he considers the bigger rival, BJP or BSP, he said people of Uttar Pradesh have lost faith in both of them.

“BJP has done nothing for Uttar Pradesh in last two and a half years. The Prime Minister was elected from UP, home minister and defence minister are also representing UP. They have the maximum number of MPs from UP but they have given nothing to the state, apart from Adarsh Gaon Yojana and nothing is happening on that front also,” he said.

“As far as BSP is concerned, people are not interested in getting elephants installed everywhere,” he added.

His father and SP supremo Mulayam Singh Yadav has already ruled out any pre-poll alliance with Congress but Akhilesh said it will be premature to predict anything as of now.

“Of course the party president will take a call on that but I believe that we will get 300 plus seats if we enter into a pre-poll alliance with Congress. I know that Netaji (Mulayam) has said there will be a merger, no alliances but there is still some time for the elections and you must wait and watch. Politics is full of surprises and you never know what will happen tomorrow,” he said.

“I do not have any doubt on getting an absolute majority but we can get 300 plus seats if we fight together. Samajwadi believe that Congress is their best friend when it is weak,” he said.

ALSO READ: For next three days, space station to be visible from Mumbai