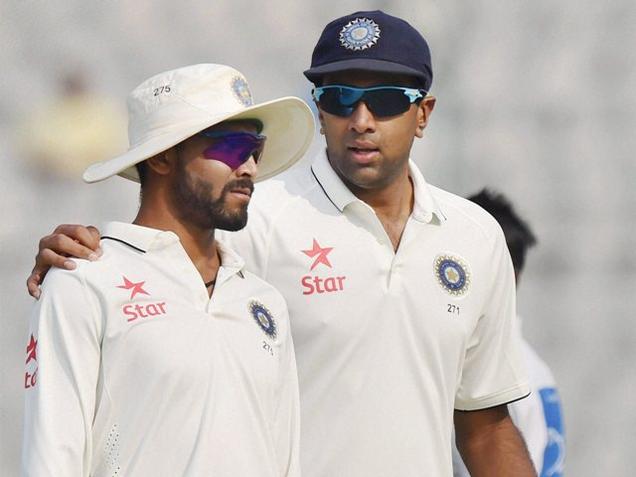 Dubai: Ravichandran Ashwin and Ravindra Jadeja made it a rare instance of two India bowlers topping the ICC Test rankings after the left-arm spinner’s maiden 10-wicket match haul against England in the Chennai Test propelled him to the second position.

Jadeja’s performance has earned him 66 points and brought him within eight points of star off-spinner Ashwin, who has already been occupying the number one position.

This is just the second time the top two spots in the bowlers chart is occupied by India players, with the pair emulating left-arm spinner Bishan Singh Bedi and leg-spinner Bhagwath Chandrasekhar, who were ranked one and two in 1974.

ALSO READ: 140 players, including 44 overseas cricketers, have been retained by franchises IPL

Jadeja grabbed 10 for 154 in the fifth and final Test and finished with 26 wickets in the five-match series, while Ashwin ended with 28 wickets as India completed a 4-0 series victory over England, culminating with an innings and 75 runs win in Chennai.

Jadeja, who leapfrogged Josh Hazlewood, James Anderson, Dale Steyn and Rangana Herath, has also gained a place to reach his career-best third rank in the list of all-rounders, which is also headed by Ashwin.

In the Test Batsmen’s list, India’s KL Rahul and Karun Nair have also made huge gains. Rahul’s knock of 199 has helped him gain 29 slots to reach a career-best 51st spot, while Nair’s unbeaten 303 in only his third Test innings has lifted him 122 places to 55th position.

Yesterday, India team had ended the year as the No.1 ranked Test side after comprehensively winning the five-Test series against England.

The series win has helped India gain five points and they have now moved to 120 points in the last Test team rankings update of 2016, 15 points ahead of second placed Australia.