We all love playing the game Monopoly, a group of students in Netherlands took this game to the whole new level as  A new Guinness record has been set for the world’s largest Monopoly board where these students put together an enormous 900 square metre replica of the iconic board game – complete with a massive dice and to-scale houses.

Students and staff of the Studentenvereniging Ceres (student association) in the Netherlands made the massive board game out of 804 individual panels attached together. 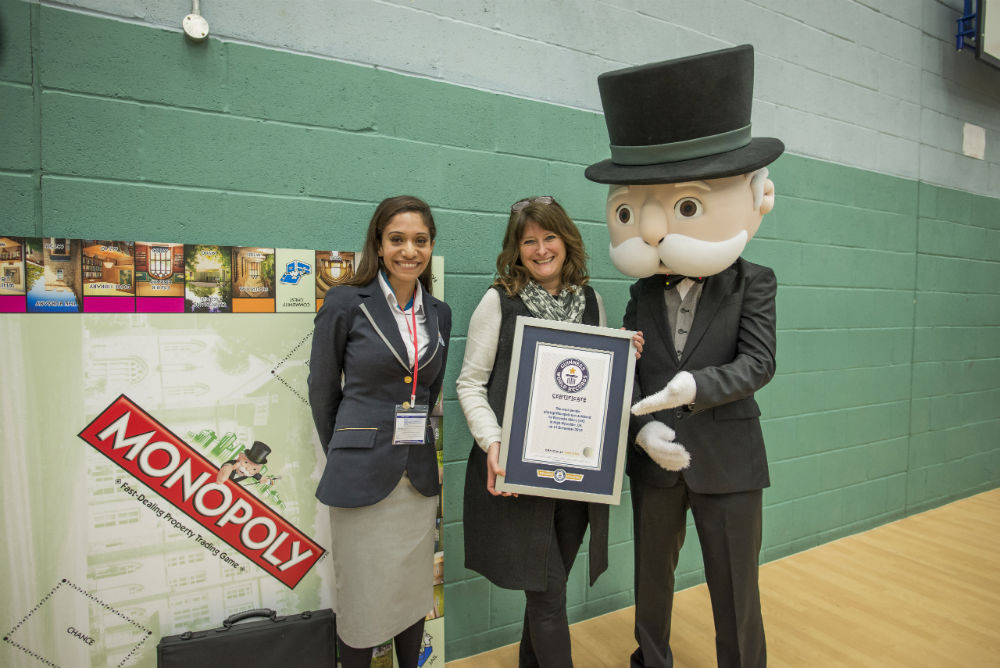 Once the 900.228 square metre board was put together on a sports field, the university students played the giant game, with participants standing in for playing tokens and acting as the silver boots, iron, top hat and wheel barrow.

A real dog even played the part of the animal token.

After the game, official Guinness World Records adjudicator Jack Brockbank announced that Studentenvereniging Ceres had successfully broken the previous record of 744.867 square metres, achieved in the US earlier this year.