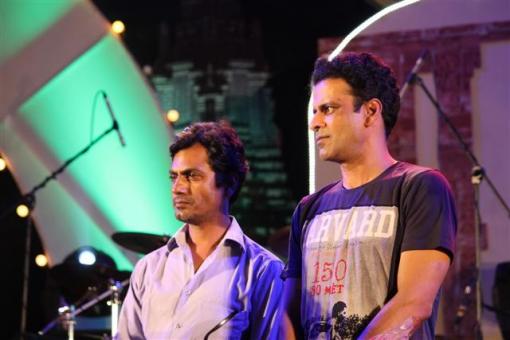 Indian actor Manoj Bajpayee has won the best performance award by an actor at the 10th Asia Pacific Screen Awards beating Nawazuddin Siddiqui, who was awarded a special mention in the same category.

Winners in the 10thAsia Pacific Screen Awards, said to be the region’s highest accolade in film, were announced at a glittering ceremony in Brisbane last night.

In addition to the main awards, a jury grand prize special mention was given to eight-year-old Sunny Pawar from India for his portrayal of young Saroo Brierley in Garth Davis'”Lion”.

Bajpayee won the award for his performance as Professor Siras in“Aligarh” directed by Hansal Mehta. This was his second APSA nomination, following a nomination for Anurag Kashyap’s”Gangs of Wasseypur”in 2012.

APSA International Jury member Jan Chapman said “It was superb, such a moving performance, I was really affected by the humanity and the depth”

Nawazuddin won the award for his role in Kashyap’s “Raman Raghav 2.0”.

President of the APSA International Jury David Puttnam said “Over the last two weeks the APSA International Jury has viewed 24 films that between them have lasted almost 50 hours and it’s been a remarkable privilege to find yourself looking into customs, societies, attitudes and practices that you are not necessarily familiar with, and all of us on the Jury found that incredibly rewarding.”