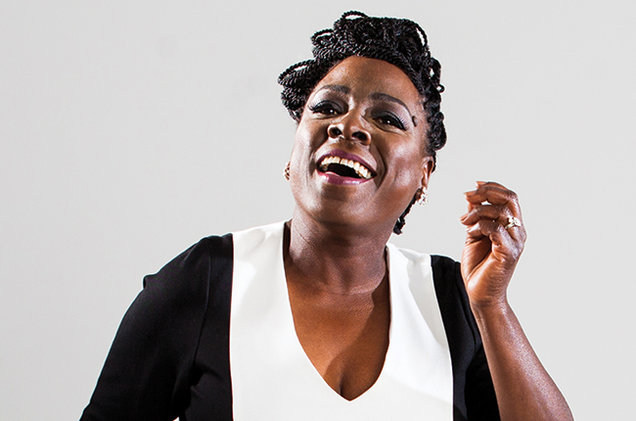 Singer Sharon Jones, the lead singer of Sharon Jones & The Dap-Kings who found success after working for years as a prison guard, died Friday of pancreatic cancer, according to her Facebook page. She was 60.

The soul and funk singer was recently the subject of the documentary “Miss Sharon Jones!” directed by Barbara Kopple.

After revealing that her cancer had returned at the Toronto Film Festival premiere of the documentary in 2015, she returned with the albums “It’s a Holiday Soul Party” and “Miss Sharon Jones!,” which included the new track “I’m Still Here”, reported Variety.

Jones released her first album at the age of 40, and was nominated for her first Grammy in 2014 for best R&B album for “Give the People What They Want.”

Born in North Augusta, she moved to Brooklyn as a child.

Though she worked sporadically as a session singer, for many years she was a corrections officer at Rikers Island and an armoured car guard for Wells Fargo Bank.

In 1996 her career picked up momentum when she began backing soul musician Lee Fields, recording the song “Switchblade,” which appeared on Soul Providers’ album “Soul Tequila.” She began to be known as “the queen of funk.”

The Dap-Kings were formed with performers from the Soul Providers and the Mighty Imperials, and Jones released her first album “Dap Dippin’ With Sharon Jones and the Dap-Kings” on the new Daptone Record label.

She appeared in the 2007 film “The Great Debaters” and performed “That’s What My Baby Likes” on the soundtrack, and sang in the closing scenes of the Marvel Netflix series “Luke Cage.”