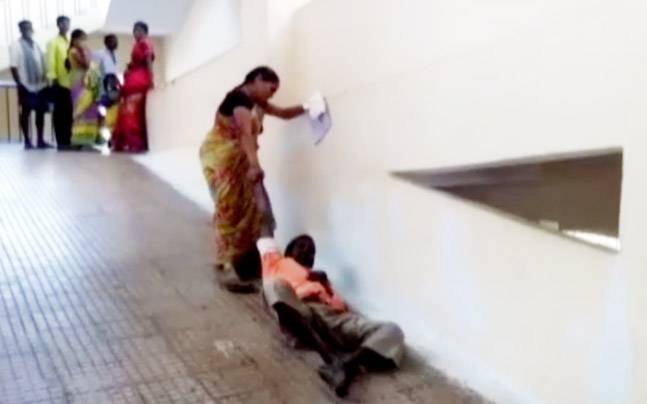 A woman dragged her ailing husband from the ground floor to the first floor of the hospital. She was denied a stretcher to carry him.

Srinivasa Chary, 45, suffered from symptoms of gastroenteritis. His wife, Sree Vani, 40, brought him to the hospital. The staff there bluntly told her that they did not have stretchers.

“I told them that I will push the stretcher. But, the staff did not provide the stretcher,” Vani said. She was forced to drag her husband on the hospital ramp after waiting for an hour in vain.

Hospital administrative officer Dr Mallikharjun said he would inquire into the incident and initiate disciplinary action against all those responsible for the inhuman act.

Chary has been paralysed after he suffered a stroke.