Harry Potter fans can perhaps witnessed the real life wizzard among the mountains of India. Quidditch is the favourite sport of the wizarding world in Harry Potter world. But did you know that children of Kalap in interior Garhwal, Uttarakhand also play Quidditch, with broomsticks, quaffle et al. 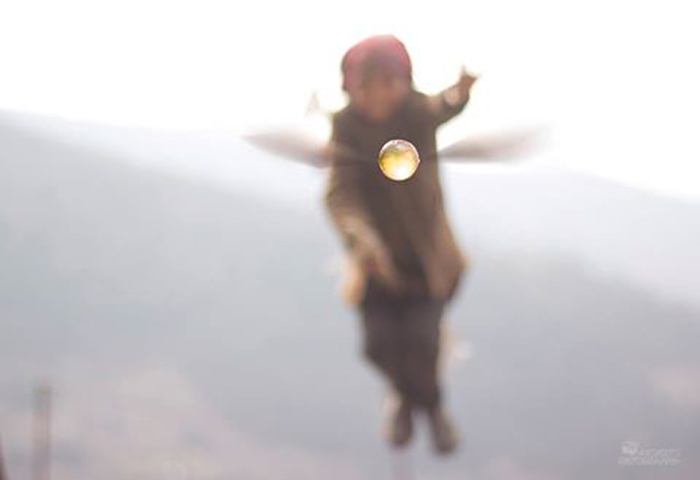 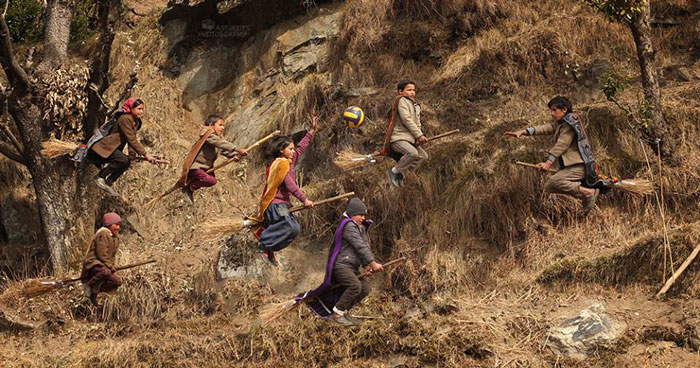 The pictures are clicked out of passion of Anshu Agarwal who is 25 and a freelance photographer and traveller. Currently, he is employed by an NGO as the teacher in the village of Kalap in interior Garhwal, Uttarakhand. He hails from West Bengal and has spent a major part of his life in Hyderabad

In an exercise to teach children English he showed them Harry Potter movies on Sundays. They were smitten by them and once expressed how they wished to be witches and wizards themselves. 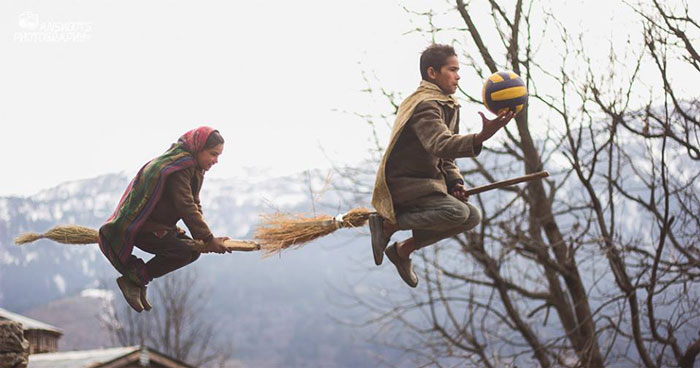 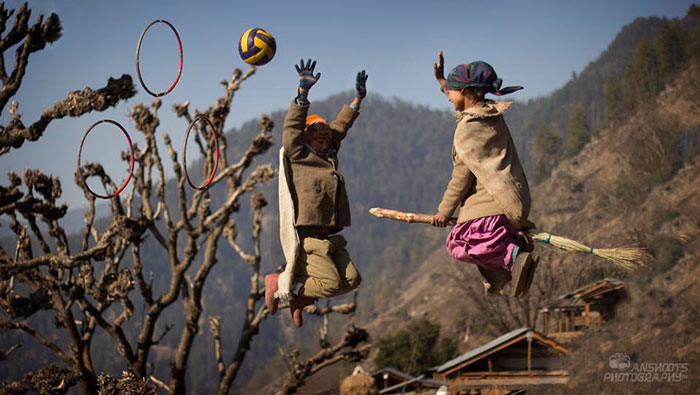 According to the report.He says, “Since I had already worked extensively on Levitation Photography, I thought of making an effort to materialise their fantasy. Recreating a Quidditch match for real was my objective”.

They constructed a nifty 1 foot high wooden bench, mimicked some broomsticks as shown in the movies and arranged for a volleyball. 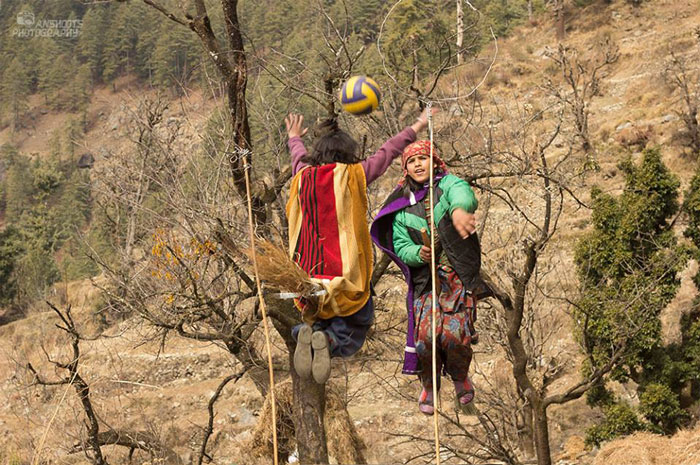 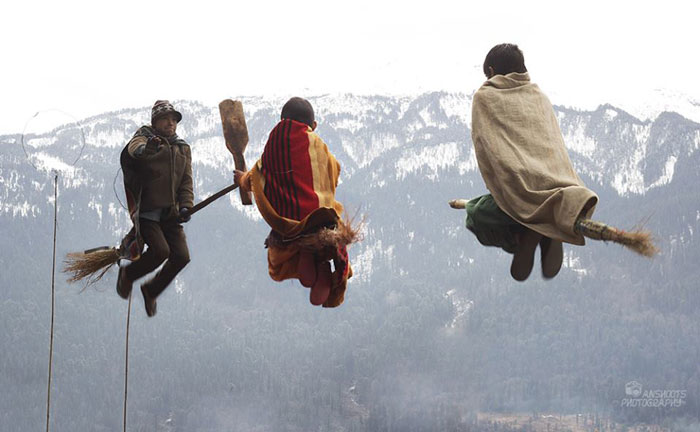 He says, “Many children of the village clustered around in different locations of the village for 4 consecutive Sundays as I captured the thrilled kids hopping on their broomsticks. The images were stacked together and edited on Photoshop”.

Anshu’s photography and Photoshop skills left the children in wide-eyed wonder as they couldn’t believe the results and on seeing the pictures, the kids’ eyes popped out 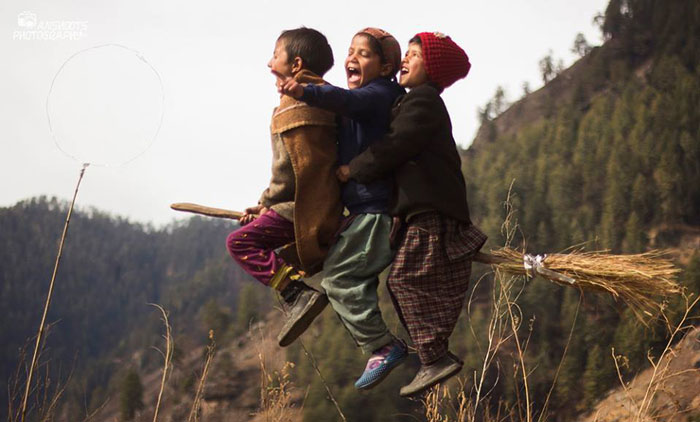 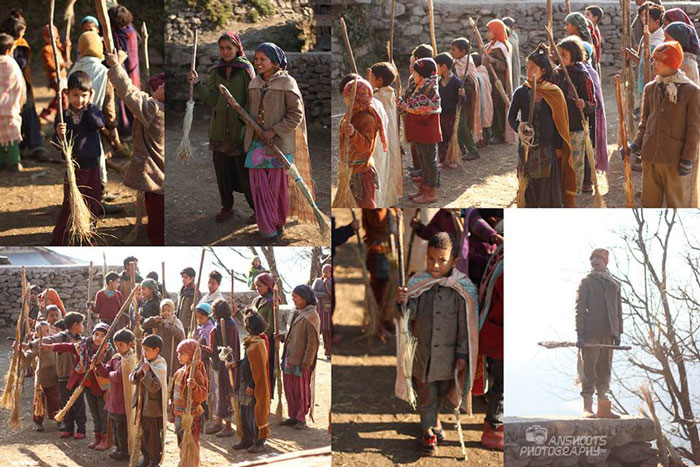 Anshu also added, “People there yelled out in amazement and I couldn’t stop grinning as I knew I did manage to rope in some more magic in this already enchanted village. To me photography is a bridge between my perception of the world around me and what it actually is. While I’m behind my camera I feel a dire need to take control over the subject and the surroundings. Perhaps that explains why I am mostly keen in creating something larger-than-life”.

Also Read: Hillary Clinton is the only candidate who will bring Americans together: Obama