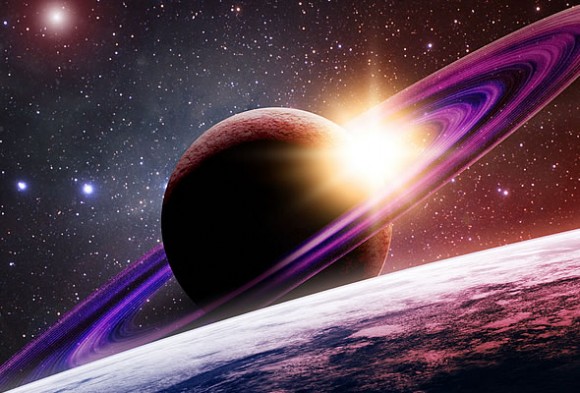 How did the beautiful set of Saturn rings was created?

A team of scientists has created a new model explaining the origin of Saturn’s rings. The research was able to give explanations for formation of rings around other planets like Uranus and why they are different for different planets.

Saturn’s rings are made of more than 95 percent icy particles, while Uranus’ and Neptune’s have darker rings, which could be explained through a higher rock content. The study also discovered that up to 10 percent of the mass of the Kuiper belt objects was captured into orbits around the planet, which explain the rings formation.

The period 4.1 to 3.8 billion years back, also known as lunar cataclysm or the Late Heavy Bombardment period, during which an extraordinary number of asteroids are theorized to have collided with the early planets in our solar system.