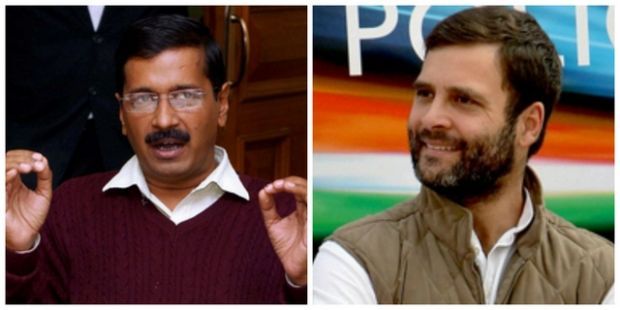 Bhiwani: Amid tight security, ex-serviceman Ram Kishan Grewal, whose alleged suicide over ‘one rank, one pension‘ triggered a political storm, was on Thursday cremated in his native village in Haryana which was flocked by political leaders including Rahul Gandhi and Delhi Chief Minister Arvind Kejriwal.

Grewal’s eldest son Dilawar lit the pyre at around noon in the presence of a large number of people who had gathered from nearby areas in Bama, 20 km away from Bhiwani.

The 70-year-old ex-serviceman, who was a former sarpanch of his village, committed suicide by consuming poison at a park in New Delhi on Tuesday evening. The incident snowballed into a political row on Wednesday with the Congress Vice President, Kejriwal, and other opposition leaders attacking the Modi government on the issue while there was a high drama that continued late into the night after police detained and prevented them from entering a hospital in Delhi where Grewal’s body was kept.

ALSO READ: No relief from Smog in the capital before November 7; says Met Department

Congress leaders Kamal Nath and Randeep Singh Surjewala and TMC’s Derek O Brien also reached the village. Kejriwal, who was detained for four hours by Delhi Police late Wednesday night from Lady Hardinge Hospital when he tried to meet the kin of ex-serviceman, was also among those present at the cremation of Grewal.

BJP MPs Rattan Lal Kataria and Dharambir Singh and Haryana minister Krishna Lal Panwar were among those who spent some time with the family members of the deceased and later left the venue.

Police said Grewal along with some other ex-servicemen was in the process of submitting a memorandum to the Defence Ministry over the issue of OROP. According to his friends, Grewal had been upset over the issue for some time. Grewal had gone to Delhi with three of his friends from Bhiwani in the intervening night of October 31 and November 1.

On Tuesday evening, he allegedly consumed poisonous tablets. One of his friends called the police at 100 and the police personnel immediately took him to RML hospital. Unfortunately, he died after a few hours, police said.

In his last phone conversation with his son Pradeep, Grewal said “injustice” is being done with jawans. “I wanted to fight this (OROP) battle…now it is up to the jawans what they do,” he said.

Subedar Grewal’s suicide has been used by the opposition parties to accuse the Modi government of failing to implement the OROP, an issue which remained pending for about 40 years during the Congress regime. Grewal is survived by his widow, five sons, and two daughters.

He served in the Army for six years in the Infantry Battalion and then served the Defence Security Force for 31 years. He retired in 2004 after attaining Subedar rank. He became Sarpanch of the village in 2006. One of his sons is Havildar in army and the eldest son is in Haryana police