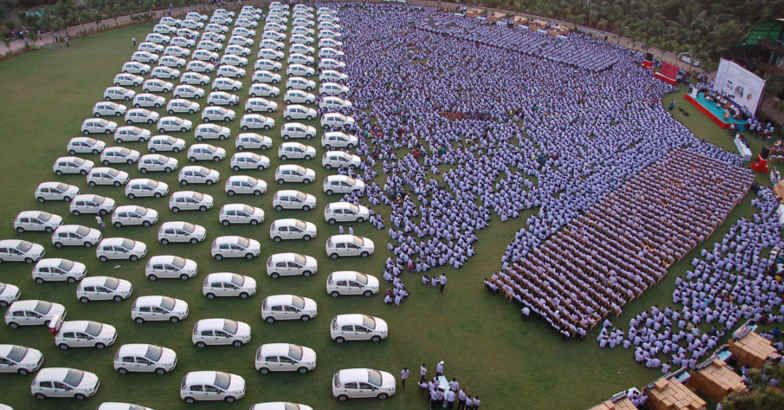 This Surat diamond-merchant has ensured that Diwali is a big blast for his employees! Savji Dholakia gifted flats and cars as bonus to his employees. Savji trades in diamonds and textiles. He is the owner of Hare Krishna Exporters, that employs more than 5500 people with an annual turnover of Rs 6,000 crore.

Last year too, he gifted 491 cars and 200 flats to its employees as Diwali bonus. The company will exclude previous year’s beneficiaries from the new scheme.

“Our aim is that each employee must have his own home and car in the next five years. So we have decided to gift cars, homes and jewellery to employees,” Dholakia, owner of the Hare Krishna Exports, told AFP.