Home Face Off Man of the Hour 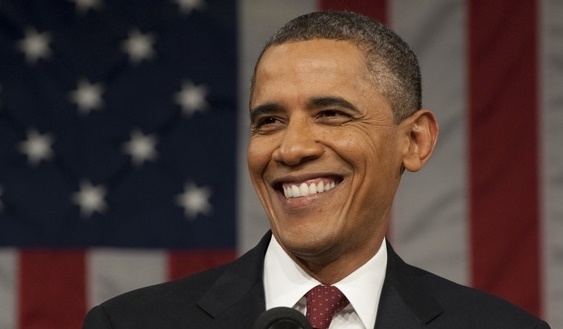 With an even-keel temperament, charismatic speaking skills and a knack for consensus-building, he is an impulsive leader known for being unafraid to speak and hear hard truths when necessary.

Unflappable, pragmatic and persistent, he represents a new type of 21st-century politician

The lawyer-turned-politician was awarded the Nobel Peace Prize in 2009 and won a Grammy Award in 2006.

Barack Hussein Obama was born on August 4, 1961 in Honolulu, Hawaii. Obama did not have a relationship with his father as a child— when his son was still an infant, Obama Sr relocated to Massachusetts to attend Harvard University, pursuing a PhD.

When he was 2, his parents separated. Father and son were to meet only once more, during a brief visit to Hawaii in 1971 by the elder Obama Sr. He died in a car crash in 1982 in Nairobi.

In 1966, his mother married an Indonesian man and the family moved to Jakarta.

At the age of 10, Obama was sent back to Hawaii to live with his maternal grandparents.

Obama enrolled in the esteemed Punahou Academy, excelling in basketball and graduating with academic honors in 1979.

As one of only three black students at the school, Obama became conscious of racism and what it meant to be African-American. He was also a member of the “choom gang”, a self-named group of friends that spent time together and occasionally smoked marijuana.

After high school, Obama studied at Occidental College in Los Angeles for two years. He then transferred to Columbia University in New York, graduating in 1983 with a degree in political science.

Obama then worked for three years as a community organiser in poor neighbourhoods in Chicago.

Obama returned to Chicago to practice as a civil rights lawyer, joining the firm of Miner, Barnhill & Galland.

He also taught part time at the University of Chicago Law School (1992-2004)—first as a lecturer and then as a professor.

Obama’s advocacy work led him to run for a seat in the Illinois State Senate. He ran as a Democrat, and won election in 1996. During these years, Obama worked with both Democrats and Republicans to draft legislation on ethics, and expand health care services and education programs for the poor.

In 2000, Obama tried to run for Congress, but was thrashed by the incumbent in a Democratic primary

However, four years later he was back, running for the US Senate. He won that campaign after electrifying the Democratic National Convention with a speech about self-reliance, aspiration and national unity.

In 2005, Obama partnered with a Republican on a bill that expanded efforts to destroy weapons of mass destruction in Eastern Europe and Russia. Then he went on to create a website to track all federal spending. Obama also spoke out for victims of Hurricane Katrina, pushed for alternative energy development, and championed improved veterans’ benefits.

In 2007, he embarked on his presidential campaign and clinched the Democratic nomination after a long and gruelling battle against former first lady Hillary Clinton.

A year later, aged 47, he won the elections and became the 44th president of the US.

In 2009, When Obama took office; he inherited a global economic recession, two ongoing foreign wars. He campaigned on an ambitious agenda of financial reform, alternative energy, and reinventing education and health care—all while bringing down the national debt.

In his first term, the President cut taxes for every American worker, passed the historic Wall Street reform to make sure taxpayers never again have to bail out big banks and ended the war in Iraq.

As he did in 2008, during his campaign for a second presidential term, Obama focused on grassroots initiatives.

In the 2012 election, Obama again came on top as he won the election with nearly 60% of the electoral vote, as well as the popular vote by more than 1 million ballots.

He called for full equality for LGBT Americans and sought to normalize US relations with Cuba.

The left handed writer published an autobiography, ‘Dreams From My Father: A Story of Race and Inheritance’, in 1995. The work received high praise from literary figures and has since been printed in 10 languages.

His second book, The Audacity of Hope: Thoughts on Reclaiming the American Dream, was published in 2006. Shortly after its release, it hit No. 1 on both the New York Times and Amazon.com best-seller lists.

Obama has a half-sister with whom he was raised in Indonesia and seven half-siblings from his Kenyan father’s family.

Beside his native English, Obama knows Spanish and Indonesian. He likes to play basketball and is an avid sports fan. His favorite teams are the Chicago Bears for football and the Chicago White Sox for baseball.

In 1989, Obama met Michelle Robinson when he was employed at the Chicago law firm of Sidley Austin. Assigned for three months as Obama’s adviser at the firm, Robinson, however, declined his initial requests to date.

They began dating later that summer, became engaged in 1991, and were married in 1992. The couple have two daughters – Malia Ann and Natasha (“Sasha”).

He is the fourth US president to be awarded the Nobel Peace Prize and the third to become a Nobel laureate while in office.