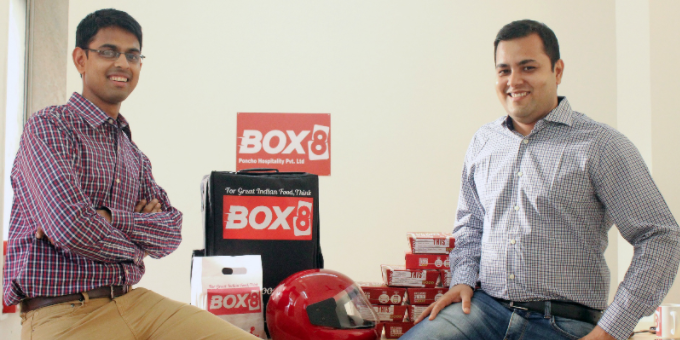 Full stack online food delivery startup, Box8 announced on Monday that it had raised Rs 50 crore in funding from IIFL Seed Ventures Fund and Mayfield. Box8 considers its USP to be preparing and delivering Indian food, from a menu which consists of over 100 dishes in ‘all-in-1 Indian meals’- biryanis, wraps, sandwiches and salads- at affordable prices.

Started by two IIT graduates Amit Raj and Anshul Gupta, Box8 currently claims to serve 12,000 meals every day to its consumer base through a network of 60 stores across three cities Mumbai, Pune and Bengaluru. The company initially started out as Poncho in 2011 serving only Mexican dishes in the quick service format (QSR), but then expanded its menu and rebranded (to Box8) in 2014.