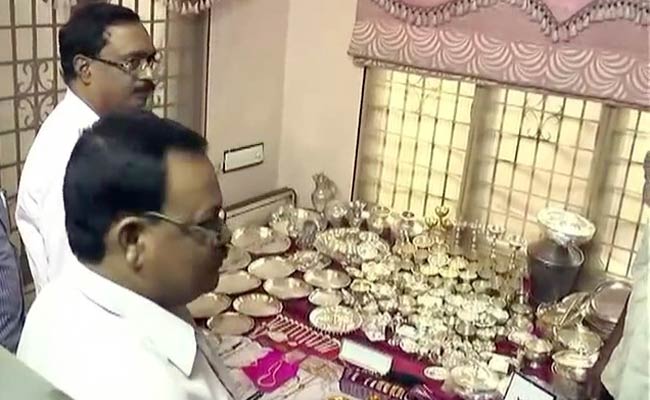 Guntur (AP) : In a surprising move, Anti-Corruption Bureau (ACB) on Monday seized at least 60 kg of silver items, 1 kg of gold articles and Rs. 20 lakh in cash from the residence of an employee of Road Transport Authority in Andhra Pradesh’s Guntur.

At least 14 homes, a room full of silver items weighing 60 kg, 1 kg of gold articles and Rs. 20 lakh in cash has been seized. The Anti-Corruption Bureau officials, who raided only one of his residences on Monday, said there may be more amount of the other homes and bank lockers, the investigation is going on.

Purnachandra Rao, 55, had commenced his career as a Motor Vehicle Inspector in 1981, and finally worked at RTA or Road Transport Authority in Guntur, Ongole, and Nellore. But going by his assets, he appeared moving on the fast track in terms of money making.

The official’s assets comprise of seven flats and two houses in Vinukonda, one in Guntur, two flats in Hyderabad and Vijayawada each, and a mill to concoct pulses in Vinukonda.

The official alleges the value of his assets is approx Rs. 3 crore. But the Anti-Corruption Bureau officials declared that their market value cannot be less than Rs. 25 crores. The Bureau officials also said that the investigation is still in process and there might be much more to come.