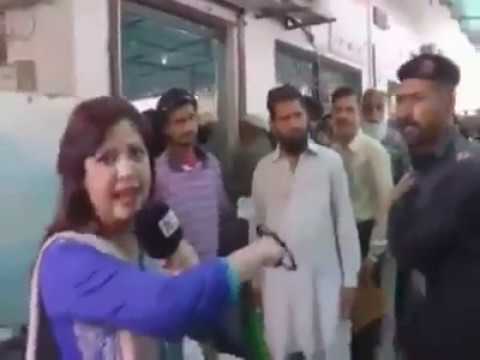 Treatment of this women journalist was questionable, as while performing her job, a Pakistani paramilitary policeman slapped her.
The women was consistently asking the army men to, “Leave the cameraman alone.”

When, he did not listen to her, she asked him to look in the camera, so that his attitude can be visible to populace.”If this is how he behaves with the media, think of how much worse the case is for the public,” she then says, facing the camera. But then the angered policeman gave her a hard hit.

This shocking video went viral on the internet.