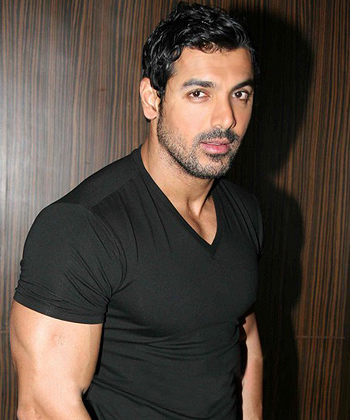 Amid the ongoing debate over whether Pakistani artistes should be allowed to work in India, Bollywood star John Abraham today said for him, the country came first.

The Maharashtra Navnirman Sena (MNS) had objected to Indian films featuring Pakistani actors in the aftermath of the Uri terror attack and had threatened to stop the release of Karan Johar’s ‘Ae Dil Hai Mushkil’ which features Pakistani heart-throb Fawad Khan in a cameo.

When asked about the ‘Ae Dil Hai Mushkil‘ controversy and if he thought banning Pakistani artistes made sense, John said, “I think, enough has been spoken about it. You (media) expect us to join the bandwagon and comment.

“I think, our song (‘Lal Rang’ from ‘Force 2’) says it all. The song reflects the way we feel. My country comes first. My country is most important to me. We are not Hindus or Muslims or Christians, we are Indians.”

John was talking here at the launch event of the song ‘Laal Rang’ from his film ‘Force 2’ which is scheduled for a November 18 release.

ALSO READ:  Sidhu is ‘most welcome’ to join the party: Congress