Renowned four-wheeler company BMW has launched facelift version of its 3-series grand tourer, 3GT with some minor updates. Also, it now sport a petrol engine option too. 3GT now comes in two variants with the diesel engine and one with petrol. The diesel Sport Line and Luxury Line trims are priced at Rs 43.30 lakh and Rs 46.50 lakh respectively while the petrol Luxury line comes at Rs 47.50 lakh. 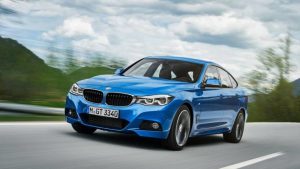 There aren’t many noticeable updates on the exterior of the 3GT except the all new all-LED headlamps with LED Daytime Running Lamps (DRLs) and larger 17-inch alloys. The typical GT shape continues at the rear and sideways. Inside too, the cabin is the same as seen in the latest 3-series it is based on with some additional chrome highlights. The 3GT will be available in two new colours — Arctic Grey and Jatoba Metallic. 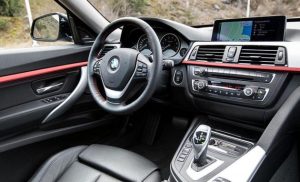 Engine options for the new BMW 3GT are- a 2.0-litre diesel that makes 190bhp of max power and 400Nm of peak torque and a 2.0-litre turbocharged petrol engine which churns out 252 bhp of power and 350Nm of peak torque. The petrol powered 3GT 330i can do the 0 to 100 km/h sprint in just 6.1 seconds. Both the engines come mated with 8-speed automatic transmission driving the rear wheels.