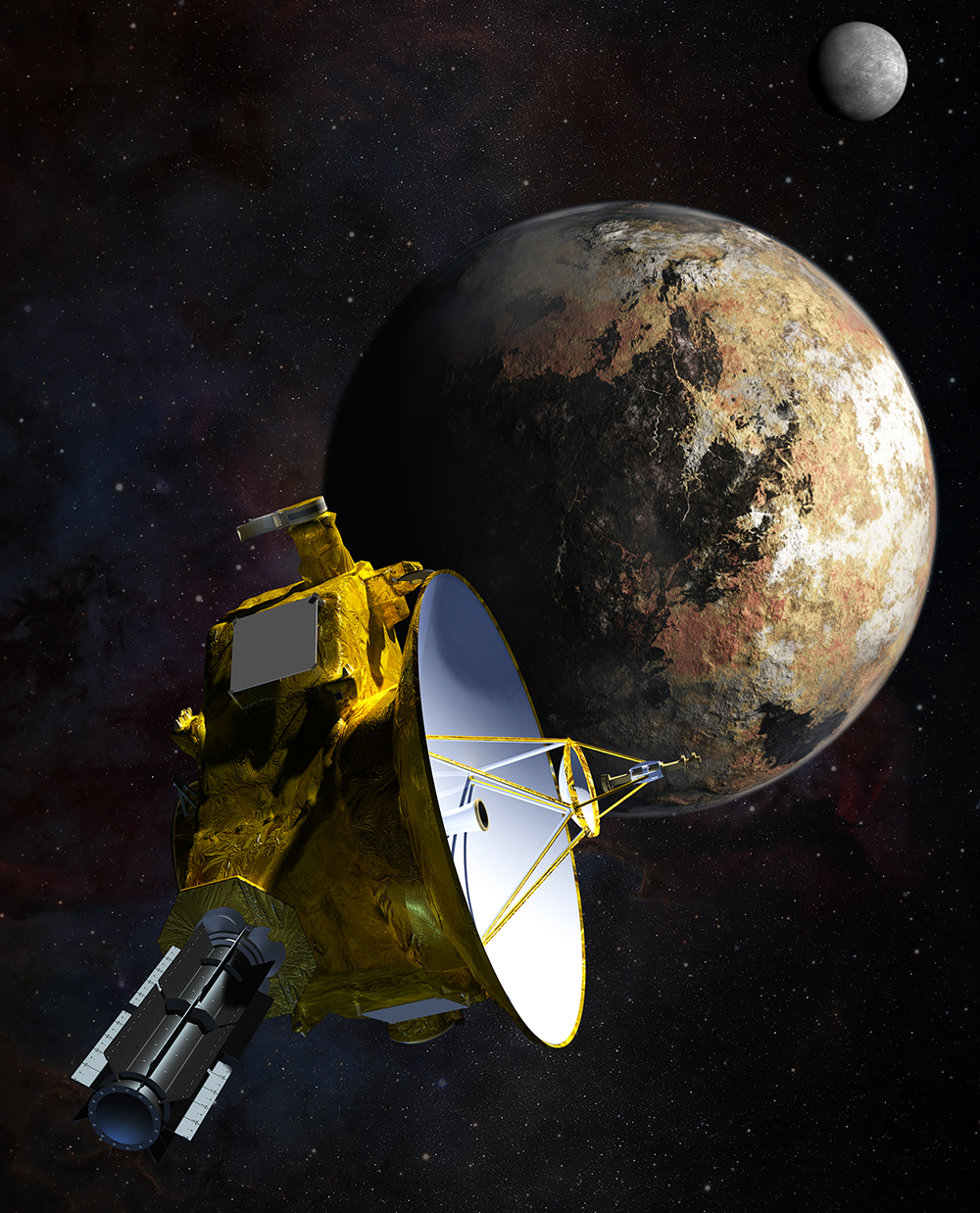 NASA’s New Horizons space probe has spotted possible clouds hovering over Pluto, indicating that the weather on the icy dwarf planet is more complex than thought.

“We’re excited about the exploration ahead for New Horizons, and also about what we are still discovering from Pluto flyby data,” said Alan Stern, principal investigator from Southwest Research Institute in the US.

“Now, with our spacecraft transmitting the last of its data from last summer’s flight through the Pluto system, we know that the next great exploration of Pluto will require another mission to be sent there,” said Stern.

Stern said that Pluto’s complex, layered atmosphere is hazy and appears to be mostly free of clouds, but the team has spied a handful of potential clouds in images taken with New Horizons’ cameras during its historic Pluto flyby of in July last year.

ALSO READ:  This baby elephant jumps in to river to save its favourite man

“If there are clouds, it would mean the weather on Pluto is even more complex than we imagined,” Stern said.

Data from the flyby not only confirms that, it also shows the brightest areas (such as sections of Pluto’s large heart-shaped region) are among the most reflective in the solar system.

While Pluto shows many kinds of activity, one surface process apparently missing is landslides. However, they have been spotted on Pluto’s largest moon, Charon, itself some 1,200 kilometres across.

“We’ve seen similar landslides on other rocky and icy planets, such as Mars and Saturn’s moon Iapetus, but these are the first landslides we’ve seen this far from the sun, in the Kuiper Belt,” said Ross Beyer, researcher from the SETI Institute and NASA Ames Research Centre in California.

Hubble Space Telescope data suggests that 2014 MU69, a small Kuiper Belt object (KBO) about 1.6 billion kilometres beyond Pluto, is as red, if not redder, than Pluto.

This is the first hint at the surface properties of the far flung object that New Horizons will survey on January 1, 2019.

“The data confirms that on New Year’s Day 2019, New Horizons will be looking at one of the ancient building blocks of the planets,” said Zangari.

New Horizons has covered about one-third of the distance from Pluto to its next flyby target, which is now about one billion kilometres ahead.