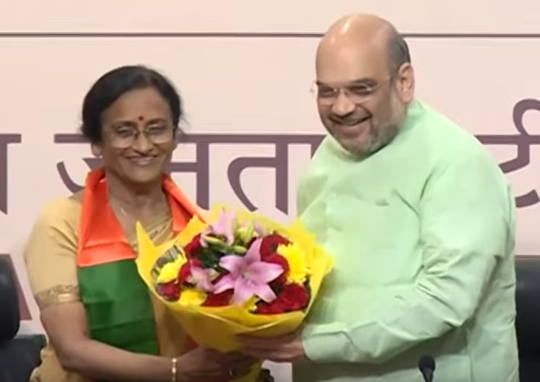 In what could be the big blow to the Congress Party, Senior party member and Uttar Pradesh Congress leader Rita Bahuguna Joshi on Thursday joined the Bharatiya Janata Party in presence of party president Amit Shah, ahead of polls in the state of Uttar Pradesh.

Speculations were spread across over the possibility of Joshi joining BJP ahead of the Assembly polls in the state early next year.

A prominent Brahmin face of the party, Joshi had served as Congress UP president between 2007-2012.

In a statement to the media, Joshi said she was hurt by Congress vice-president Rahul Gandhi’s ‘Khoon ki dalali’ remark with reference to surgical strikes recently conducted by India across several terror launch pads across the LoC. “I have served Congress for 24 years and have taken this decision for the benefit of the nation.