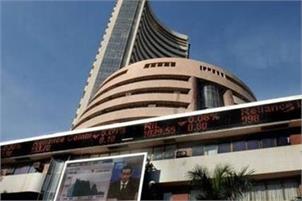 Strong global cues helped the Sensex climb over 80 points on Wednesday, which extended its previous day’s rally amid signs of a firming trend at Asian markets after data showed China’s economy is stabilising.

Sustained foreign capital inflows and the rupee covering more ground against the dollar gave trading sentiment a lift too. The local unit appreciated further by 6 paise to 66.67 at the forex market on Wednesday.

The gauge had rallied 521 points, its biggest single-day gain in nearly five months, on Tuesday.

Sentiment remained buoyant on continued foreign inflows and persistent buying by investors amid overnight gains in the US and a firming trend at other Asian bourses on reports that China’s economy expanded more than expected in the third quarter, brokers said.

Japan’s Nikkei gained 0.14 per cent while Shanghai Composite was up 0.13 per cent in early session. Hong Kong’s Hang Seng, however, was down 0.11 per cent.

The US Dow Jones Industrial Average ended 0.42 per cent higher on Tuesday.