Noida: A Naxalite commander, carrying a reward of Rs 5 lakh, has been arrested along with five accomplices from an apartment in Sector 49 in Noida, police said. 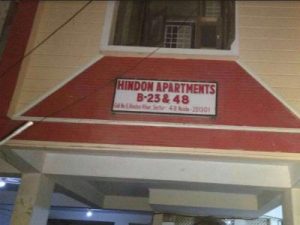 The area commander was hiding in Noida since February 2012. He carried a reward of Rs 5 lakh on his arrest, they said.

A major attack in Delhi NCR has been averted with the arrest, police claimed, adding six weapons were seized from their possession.