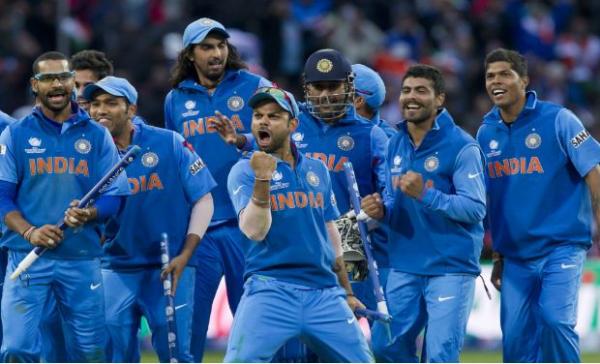 Dubai: In an opportunity to move up in ODI ranking, fourth-ranked India will have to win the upcoming ODI series against New Zealand by at least a 4-1 margin to move up a position in the ICC team rankings.

India (110 points) presently trail New Zealand (113 points) by three points but will need to win the series by 4-1 or better to claim the third position.

New Zealand pacer Trent Boult will start the five-match series as the number-one ranked bowler while India’s highest ranked bowler is R Ashwin, who has been rested for the series.

Amongs other teams, Australia opener David Warner has surged to a career-best third position but Australia have lost vital points in the ODI team rankings following a 5-0 whitewash at the hands of South Africa.

ALSO READ: This time Virender Sehwag gets trolled, and internet can’t stop talking about it!

Warner has gained nine positions and moved into the top 10 for the first time after accumulating 386 runs during the series in South Africa, including a fighting 173 in the final match in Cape Town which Australia lost by 31 runs.

Some fine performances by the South Africa players have helped their team leapfrog New Zealand and India to within two points of world champion Australia s tally of 118 points.

South Africa had started the series tied at 110 points and gained six points, while Australia plunged from 124 to 118 points.

South Africa left-handers Quinton de Kock and Rilee Rossouw have also made significant gains in the latest rankings update, which takes into account 16 ODIs from 25 September to 12 October and includes Bangladesh’s home series against Afghanistan and England, and the Pakistan-West Indies series in the United Arab Emirates. It also features Ireland s one-off matches against Australia and South Africa.

De Kock, who scored 300 runs in the series including an innings of 178 off 113 balls in the opening ODI in Centurion for what was the second-highest individual score for South Africa, has moved up five places to fourth rank. Rossouw s 311 runs in the series saw him move up 30 slots to a career-best 32nd rank.

Pakistan’s Babar Azam climbed up the table to a career-best 15th position with his three consecutive centuries that helped notch a 3-0 win over the West Indies. Babar s knocks of 120, 123 and 117 saw him make a huge jump of 57 positions as he moved into the top-20 for the first time.