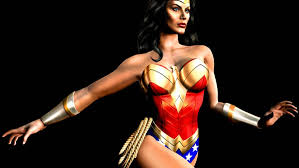 The United Nations had appointed a cartoon character,’Wonder Woman‘, as its honorary ambassador for ‘empowerment of women and girls’. The official announcement will be made on October 21, when Wonder Woman turns 75. It seems ironical that an organisation that tries to bring gender parity in world, lacks the same in the organisation itself. The best they could do was a female cartoon! Recently, UN has picked António Guterres, to be its next chief.

Wonder Woman, was created by William Moulton Marston in October 1941. Diane Nelson, the president of DC Entertainment, would come to the UN to accept the designation, along with “surprise guests.”