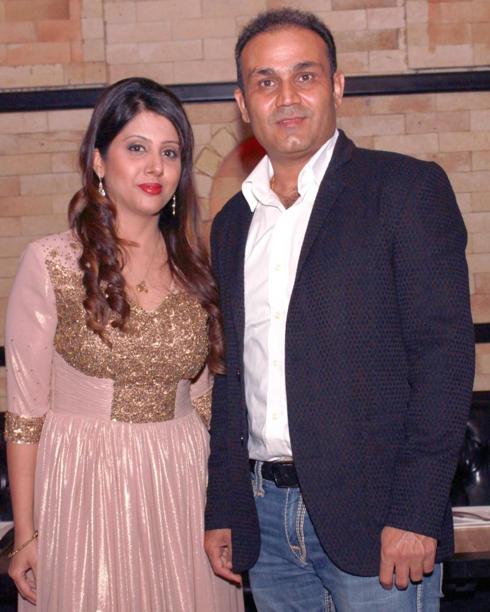 Cricketer Virendra Sehwag, the king of wit and humor gets trolled by none other than his wife when he was congratulating his fellow cricketer Ravichandran Ashwin on his seventh wicket haul in the third test against New Zealand.

Ashwin received record breaking seventh man of the match and that too in a short span of time, gets congratulated by Viru paji in his own style. He has his own style of tweeting which can tickle your funny bones and can leave you on the floor laughing.

But this time he got trolled by his wife when he wrote “Congrats @ashwinravi99 for an incredible 7th Man of the series. Only a married man can understand d urgency of going home early. #FamilyTime” tweeted Sehwag, to which Ashwin responded with a ‘lol’. But the conversation continued because both of their wives joined and added that they never really did anything that would require the gentleman to hurry home!”

This time it was their wives who stole the whole show!